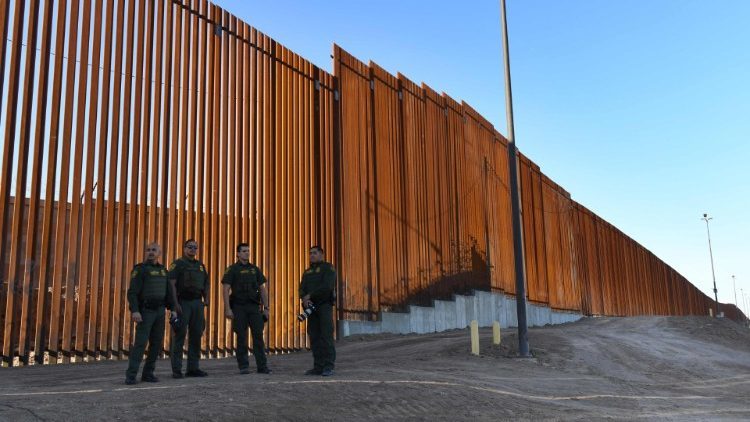 Bishop Daniel Flores of the Diocese of Brownsville in Texas released a Statement on 29 October explaining a request made by the federal government for the right to survey diocesan property in view of the construction of a wall dividing the United States from Mexico. He spoke with Vatican News regarding the situation.

Bishop Flores said that he and other land owners were contacted by letter asking for “survey rights for the construction of the border wall”. This was part of an evaluation stage to test property to see if the land would be able to physically support the intended wall. Additionally, “it would be pretty proximate to the decision to actually begin construction”, the Bishop said.

Representatives of the federal government came and cordially discussed everything the request entailed. The grant of survey rights “would then set up the process by which eventually the wall would be constructed”, Bishop Flores said.

After hearing the government representatives and seeking council in the Diocese, Bishop Flores “instructed our attorneys to inform the officials that we would not be granting the survey rights”. This decision led to the government pursuing the “eminent domain right to check the land” so as to identify what “acreage they would need to actually construct the wall”. Papers were filed in Federal District Court in McAllen, TX and the Diocese was informed

The Diocese has until January to prepare its arguments in an effort to protect its land and the “freedom of the Church to use her land in the way we think best serves the mission, and that the wall is a contrary sign of what the Church’s mission is”. If the government determines that the land is needed to construct the wall, Bishop Flores said the land will most likely be expropriated. He emphasized that many landowners in Hidalgo County are facing the same situation.

One of the pieces of property is an historic shrine built by the Oblates of Mary Immaculate in the second half of the 19th century. The wall would place that property on the opposite side of the wall, making access to it difficult. The Diocese currently uses it for retreats. This would definitely be a “hindrance to the work of the Church”, Bishop Flores said. The second property is a wooded area behind a school. Although the Diocese has no plans to develop it in the near future, “the general principle”, Bishop Flores explained, “is that the Church wishes to remain free to develop the land that she owns on the river in a way that is more conducive to the mission and the wall is not helpful to that”

75th Anniversary of the bombing of Vatican City State