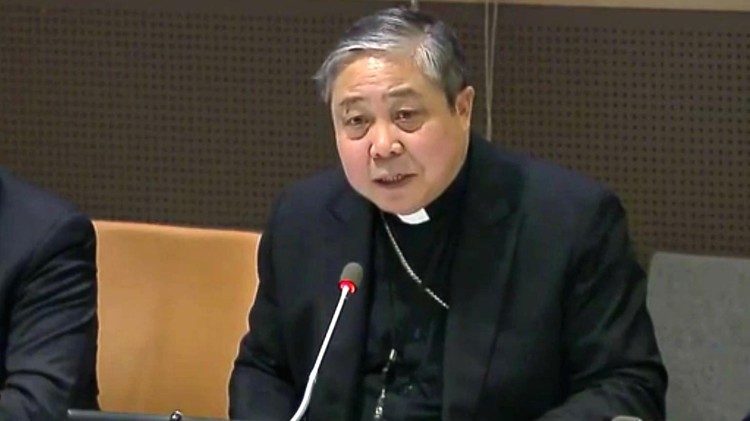 Today’s vicious circle of violence, extremist ideologies, rights violations and the destruction of the environment can be countered only by protecting  human dignity and fostering a culture of peace and encounter and compassion.

Archbishop Bernadito Auza, the Holy See’s Apostolic Nuncio and Permanent Observer to the United Nations in New York made the remark at a high-level forum on the culture of peace on Wednesday.

With today’s armed conflict between and within states, terrorism and extremist ideologies, human rights violations and humanitarian abuses, as well as the devastation of the environment, the archbishop recalled the warning of Pope Francis that we are descending into a “world war fought piecemeal”.  “This vicious cycle of violence” he said, “can only be broken by promoting and protecting the dignity of every human life, which must be defended and fostered to flourish within a culture of peace and through a culture of encounter animated by a sincere attitude of mutual respect and dialogue that is concretely manifested in mutual empathy and solidarity. “

“Works of solidarity are works of peace,” he stressed.

Pope Francis, the Filipino archbishop said, urges a spirit of compassion that embraces those in vulnerable situations, like refugees and migrants who flee their homeland because of hunger, war, discrimination, persecution, poverty and environmental degradation.  This, the Vatican diplomat said, is an eminent expression of the culture of peace, which is the glue that binds together the mutually reinforcing fundamental pillars of the United Nations of upholding peace and security, respecting human rights and fostering development for all.

Addressing the high-level forum on the day the world observed the feast and death anniversary of Mother Teresa, September 5, Archbishop Auza said she embodied the spirit of the UN.  He recalled that before Mother Teresa addressed the General Assembly on 26 October, 1985, UN Secretary-General Javier Pérez de Cuellar introduced her simply saying, “She is the United Nations. She is peace in this world.”