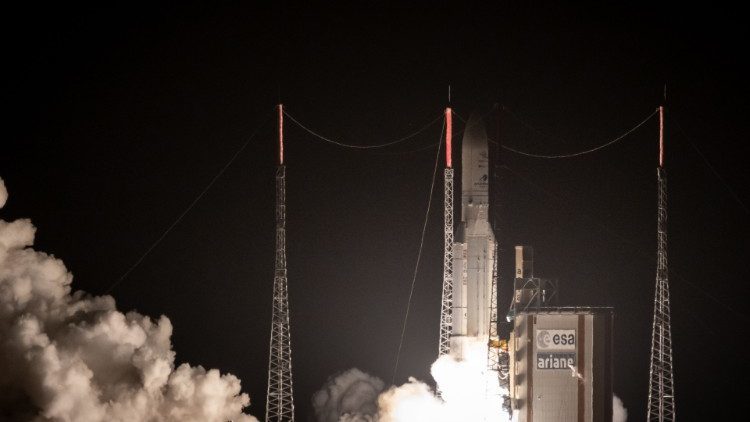 The UN is hosting ongoing debates on the arms race in outer space and the peaceful use of outer space between 17 and 31 October. The Holy See’s Permanent Observer to the UN, Archbishop Bernardito Auza, addressed these two recent issues, presenting the position of the Holy See.

Regarding the prevention of the arms race in outer space, Archbishop Auza contextualized his remarks within the current general practice of replacing nuclear weapons systems and the principles embodied in the 1967 treaty on the Exploration and Use of Outer Space. The deployment of defensive systems in outer space is evident, he said. Therefore, seeking ways of bringing to a halt such competition is of utmost importance. The use of outer space systems for monitoring activities, however, is critical, he said, for verifying nuclear arms reduction and elimination.

Transparency is the key, the Archbishop noted. Such transparency would provide States with the confidence that involvement in the arms race is not necessary. With this in mind, he suggested that perhaps the “time has come” to implement the 1970s proposal for an International Satellite Monitoring Agency. Lastly, he observed that “an arms race can be prevented by carrying out as many activities in outer space as possible on a multilateral basis”. Such “multilateral involvement points to transparency, building confidence that the activities are not aimed at weaponizing the outer space environment”.

Peaceful use of outer space

Addressing the Fourth Committee on the peaceful uses of outer space, the Archbishop admitted that “the vast majority of space missions have been for peaceful purposes like observation, communications and navigation”. He specifically mentioned the value of meteorological satellites and their “ability to track hurricanes, typhoons and cyclones, can save tens of thousands of lives”.

“Rules of the Road”

Since outer space is an environment shared by everyone, Archbishop Auza said that “international cooperation is fundamental” to keep it “universally beneficial”. He proposed that States consider drafting “rules of the road” in the launch and orbit of satellites. Such rules would ensure that orbiting space craft not collide and should envision the safe disposal of satellites when they reach the end of their life.

Pilgrimage to the tomb of St. Peter along Via Francigena