Fr Arrupe: Cause for Canonization to open in February 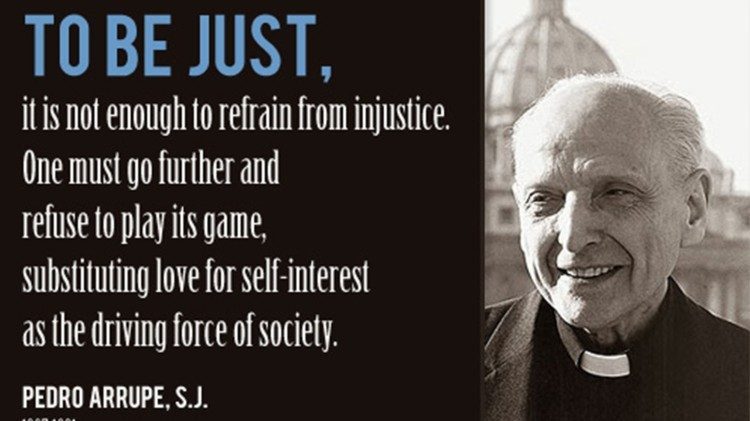 His memory lives on

Fr Sosa writes in his letter that he has observed while traveling throughout the world that “the memory and legacy” of Fr Arrupe are very much alive. This is also attested to by the “eloquent and moving letters” the Postulator General has received “from all over the world”. These letters have “confirmed that his reputation for holiness” extends to different parts of the Church, both within the Jesuit community and at large.

His legacy to the Church

Fr Arrupe was an “extraordinary, passionate ‘man of God and of the Church’ ”, Fr Sosa writes. Fulfilling God’s will in everything was his one desire. Other characteristic elements of his holiness that Fr Sosa notes are: his rootedness in Jesus Christ, trust in the Holy Spirit guiding the Church, fidelity to the Holy Father, a missionary thrust, sensitivity to current social situations, and love for the poor.

His legacy to the Jesuits

To the Jesuits, Fr Arrupe left a “great contribution”, Fr Sosa acknowledges. The Jesuits are indebted to him for his “encouragement in rediscovering the Spiritual Exercises, other essential Ignatian texts, and the method for personal and communitarian discernment”. It was Fr Arrupe who provided the Jesuits, the Church and society with the means of “being nourished by the richness of the Ignatian tradition”, Fr Sosa explains.

Although Fr Arrupe died in 1983, Fr Sosa says that his “reputation for holiness arose naturally [spontanea], has been constant, and is enduring”. The formal nihil obstat is expected to be granted on 5 February, the 28th anniversary of his death. Afterward, testimony will be obtained from 100 eyewitnesses primarily from Spain, Japan and Italy. This testimony, along with the compilation of his published and unpublished writings, will be submitted to and examined by the Congregation for the Causes of Saints. The Jesuits hope that the subsequent discernment will hopefully result in a declaration of his heroic virtue, leading to his eventual beatification and canonization.

Vatican documentary on priest who transformed poverty into hope