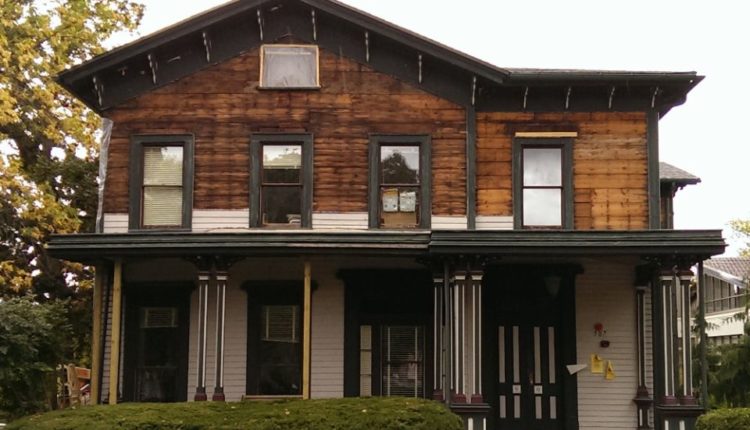 Jesuit Fr. Patrick Samway takes us to a lost world — New York City publishing in the 1950s and ’60s — and almost by accident, shows us the beginning of a new world, the early years of the Iowa Writers Workshop, the mothership for the hundreds of creative writing graduate programs that now exist in American universities.

Iowa became and remains the most famous now — not in the 1940s as Samway claims. It began in a modest way in the 1930s, but only was put on the map under the directorship of Paul Engle, which began in 1941 and ended in the mid-1960s. What secured its place in history were its post-World War II graduates — a stellar list — and one of the most well-known, the subject or half-subject of the book at hand, being Flannery O’Connor.

The publishing world part is described through the person of Robert Giroux, who had the great good luck to encounter O’Connor early in his career through the intervention of the poet Robert Lowell, who had met O’Connor at Yaddo, the writers’ colony. Lowell was a convert to Catholicism, as are any number of literary folk who were in O’Connor’s orbit, circling around the real thing, cradle Catholic as she was. Indeed, converts were often first attracted to the writing of O’Connor, even if they knew her only as readers. And there was always something convert-like about her fiction since she wrote so much about Protestants.

For a Catholic of my generation, being introduced to O’Connor’s work as a teenager by the literary mother of boyhood friends, a woman who was a neighbor and also a convert, was not an unusual occurrence, given that Catholics in the early 1960s were not, as they are now, so high up in the “college-educated” statistic sweepstakes. Back then, they often needed or found former Protestants who were educated sufficiently to respond to O’Connor’s work.

On the publishing front, Giroux, according to Samway, left Harcourt, Brace (O’Connor’s first publisher), because of Giroux’s perceived notion of its anti-Catholic bias. Upper management had not entirely been swept off their feet by all the upstart Catholics beginning to join what was once the restricted gentlemen’s club of publishing. The paperback revolution, the changes yet to come, had only barely begun to disrupt the old order in the 1950s.

The O’Connor/Giroux “publishing partnership” results in an essential and pleasing volume. Readers not necessarily steeped in O’Connor lore will learn a lot about her and her remarkable work as we follow her dealings with the publishing world. She was no wallflower there, though not without some usual naiveté at the start. It has always been a paradox to me, the bespoke portrait of O’Connor being some sort of Southern recluse living on a farm stuffed with peacocks, as contrasted with her blatant worldly side easily seen in her fiction, given its sophistication. She went off to Iowa as a young woman — to study journalism at first, not “creative writing” — without much hesitation. O’Connor traveled not often but widely, lecturing and touring. Samway manages to correct the reigning stereotype throughout his book, detailing her interactions with the cosmopolitan types she encountered in New York publishing and elsewhere beginning at Iowa.

Much of his book is steeped in old world gentility. In a discussion of Giroux’s short-lived 1952 marriage (its cohabitation, but no divorce till 1962) “to the daughter of a Cuban aristocrat,” Samway writes, “Giroux was grateful for the love and support of his lifelong friend and companion [Charles] Reilly, who subsequently lived with him.” Samway’s account echoes the time when closeted homosexuality was only discussed sotto voce and in Giroux’s milieu was seen as unique and special. Giroux’s own Catholicism, a bond he shared with O’Connor, went through “a process of serious discernment,” according to Samway, who is quite good at capturing the period and its mores in amber.

Given the slander and invective often aimed at today’s creative writing programs, it is enlightening to learn how well O’Connor took to hers in the late 1940s, and that she continued throughout her short life to take suggestions and criticism on seemingly all her manuscripts from a small circle of accomplished writers and critics. Giroux’s editorial style is another disappearing creature. His taste and attention are hard to locate these days, and his primary assistant when he was at Harcourt, Brace, Catherine “Katy” Carver, assisted O’Connor till her end. That she had a handful of steady literary confidantes and attachments to those she met (both fellow students and teachers) at Iowa throughout her life is the primary gift of attending a graduate creative writing program.

Giroux’s career flourished after he left Harcourt, landing at Farrar, Straus & Cudahy, eventually to become Farrar, Straus and Giroux. Its high-end literary list was enhanced by O’Connor’s work, and though Samway implies it was a personal favor to O’Connor for Giroux to reissue Wise Blood after it was out of print for nearly 10 years, it was actually a mark of his business acumen to have his publishing firm gain permanent rights to the novel. Incidentally, Wise Blood, though not a success when it was first published in 1952, is one of the classic books burned at the beginning in HBO’s 2018 film remake of “Fahrenheit 451.”

You don’t have to have read deeply in O’Connor’s oeuvre to enjoy Samway’s part-biography, part-memoir, part-literary analysis. It is full of interesting tidbits.

Again, you don’t have to have read deeply in O’Connor’s oeuvre to enjoy Samway’s part-biography, part-memoir, part-literary analysis. It is full of interesting tidbits, often from unpublished letters such as O’Connor’s view of To Kill a Mockingbird, “summarily dismissed as a child’s book.”

O’Connor’s death in 1964 comes as a shock in Samway’s telling because it is so off-handedly mentioned. Her omnipresent mother had her buried the next day. After spending so much intimate time with O’Connor, to vault over her demise seems to leave a reader shortchanged. Giroux lived till 2008. The genteel publishing world he had inhabited was long gone by then. What remains, though, are the immortal stories and novels of Flannery O’Connor.

Pope calls for stronger preparation for sacrament of marriage