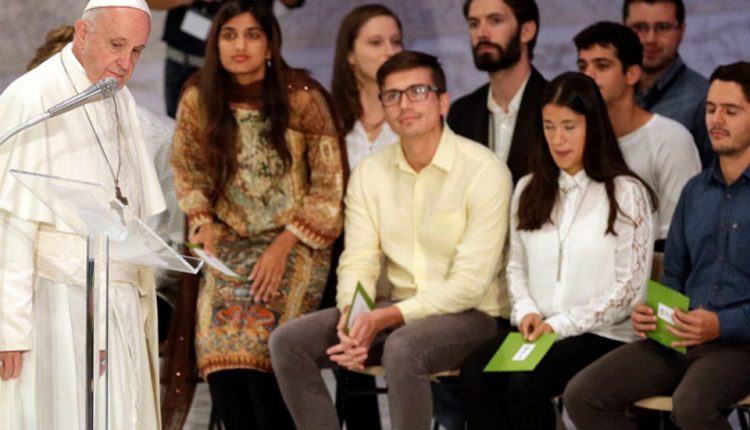 VATICAN CITY — One of the buzzwords at the synod of Catholic bishops on young people is “listening.” In the film “Casablanca,” a kiss may be just a kiss, but in the Catholic Church, listening is never just listening.

The bishops, who were called to Rome for this monthlong meeting to discuss the church’s outreach to the young, have been urged by Pope Francis to listen to one another and especially to young people. The meeting, which began Oct. 3 and concludes Oct. 28, is made up of 267 prelates and the 72 auditors, of whom about 30 are young people.

The young auditors, who sit in the back row of the synod hall, have been allowed to address the bishops and participate in small group discussions but not vote. They are a feisty group that, much to the surprise of the bishops, has not been shy about cheering and applauding speakers they like during the synod.

Nothing like this has been seen at earlier synods. At one of the coffee breaks, Francis made a point of going back to where the young people were sitting to tell them to keep making noise.

The word “listening” has become almost a mantra, repeated constantly by every synod participant who speaks to the media during press briefings. It got to the point that the reporters began rolling their eyes, “not again.”

Not everyone, however, means the same thing when using the word “listening.” The word is being used in at least three different ways at the synod.

On some level, everyone seems to understand that listening means attending to what young people say in order to find out their questions, their needs, their concerns. The bishops recognized before the synod started that there was no point in talking to young people about things they were not interested in. Programs had to be crafted to meet young people’s needs as they see them, not as the bishops see them.

But many bishops are taking the church’s traditional approach of looking to its theology for ideas and attempting to impose them on reality. This does not work today. Francis has been critical of ideologues of both the right and left who attempt to impose their ideas on people without considering the reality of people’s lives. As Francis has said, “Facts are more important than ideas.”

For all the talk of listening, then, for many bishops listening is simply a way to discover young people’s questions, which they answer with the traditional theology of the church. When bishops here speak about the need for clear teaching, you can be certain that they already have the answers to any problem that the young auditors might present.

These bishops see young people as empty vessels into which they will pour content. Or worse, vessels filled with garbage that must be removed to make room for the church’s content.

When the president is running on fear, issues don’t matter