First day of WMOF in Dublin: 26 keynote and breakout sessions 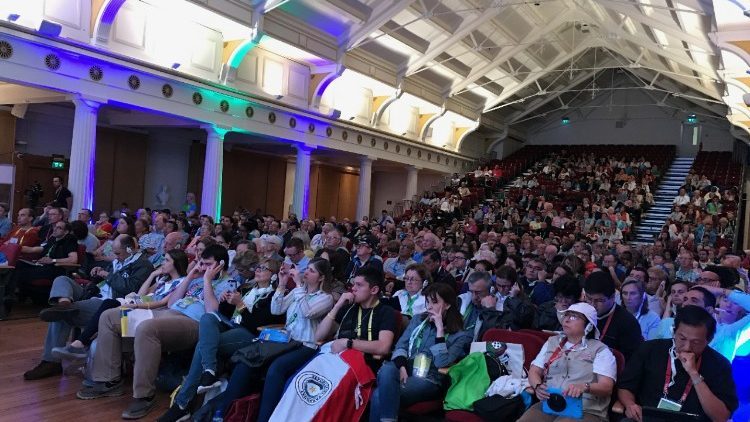 The first day of the Pastoral Congress of The World Meeting of Families in Dublin, Ireland, saw 26 keynote and breakout sessions, as well as a message of hope to the world during Mass lead by the Archbishop of Bombay, Cardinal Oswald Gracias, in which he discussed the idea that the Church is the “family of families.”

The panels included interactive workshops and round table discussions all regarding different aspects of family life. Keynote talks focused on topics such as the power of love in the family, dealing with family members who suffer from a disability and the vocation of business. Speakers and panelists came from all over the world: Mexico, Syria, Italy, Ireland, the US, Canada, England, Spain and more.

The Archbishop of Vienna, Cardinal Christoph Graf von Schönborn, opened the first keynote session entitled “In light of the Word, celebrating family life in the Judeo-Christian Tradition”. In this panel, the Anglican Archbishop of Dublin, the Most Rev. Dr. Michael Jackson, said that the family’s double strength has always been its focus on change as well as its focus on continuity.

After Mass lead by the Archbishop of Bombay, They day continued, with testimonies from a family of Syrian refugees during a round table discussion. The sessions that followed focused on topics such as safety in the family in a digital age and dealing with family members who suffer from drug addictions.

The WMOF resumes tomorrow with more panels and presentations

What children and teens have been up to at WMOF