EU agrees to block most, but not all, Russian oil 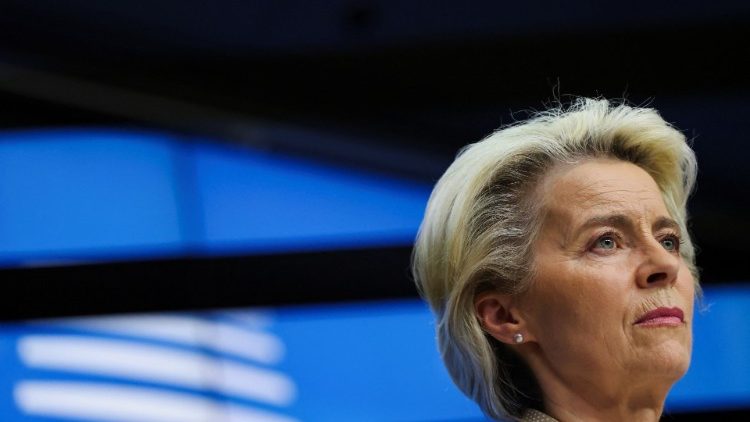 European Union leaders say they will block most Russian oil imports by the end of 2022 to punish Moscow for invading Ukraine. But the EU embargo will only affect oil that arrives by sea following opposition from Hungary.

After tough negotiations that tested the unity of the European Union, the 27 nation bloc managed to come up with a compromise that limits Russian oil imports. They agreed on an EU-wide ban that will affect oil that arrives by sea – around two-thirds of imports.

Pledges by Poland and Germany to stop importing pipeline oil will eventually raise coverage of the ban to 90 percent of Russian imports. But pipeline oil isn’t included after fierce opposition from Hungary, which is heavily dependent on Russian oil and natural gas supplies.

Yet the president of the EU’s executive European Commission, Ursula von der Leyen, suggested that even this compromise makes it more difficult for Russia to finance its invasion of Ukraine. “I am very glad that the leaders were able to agree in principle on the sixth sanctions package,” she told reporters after the first day of an EU summit in Brussels.

[The European] “Council should now be able to finalize a ban on almost 90 percent of all Russian oil imports by the end of the year. This is an important step forward.”

However, Hungarian Prime Minister Viktor Orbán clarified that his landlocked nation would only support the package if it guaranteed Hungary’s energy security. “It is a good approach. But we need a guarantee that in case of an accident with the pipeline rushing through Ukraine…we have the right to get Russian oil from other sources. So if we get it, then it’s fine [this package],” he added.

Other landlocked countries, such as Slovakia and the Czech Republic, also asked for more time due to their dependence on Russian oil.

Russia currently supplies 27 percent of the EU’s imported oil and 40 percent of its gas. The bloc pays Russia around 430 billion dollars a year in return.

The package of sanctions against Russia isn’t limited to oil. For instance, Russia’s largest bank, Sberbank, will be cut off from the Swift payment system, which allows the rapid transfer of money across borders.

And there will be restrictions on individuals who the EU claims are “responsible for war crimes in Ukraine.”

And three more Russian state-owned broadcasters will be banned inside the EU in a somewhat controversial move, with critics saying it will limit press freedom and freedom of expression.

The EU sanctions came as battles raged Tuesday in Ukraine, with the head of the key eastern city of Severodonetsk saying the front line has cut the town in half amid relentless Russian bombardments.

Russia now occupies almost all of the Luhansk region in eastern Ukraine, which Moscow recognized as independent before the invasion in February.

Tens of thousands of people, including civilians and soldiers, are believed to have died in a war that uprooted millions of people.

Vatican grants indulgences for Day for Grandparents and Elderly