English and Welsh Bishops to discuss Bible, Youth and Eucharist. 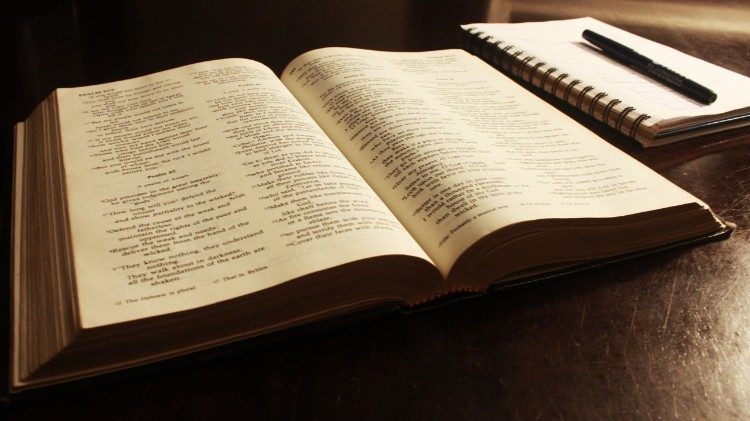 The Catholic Bishops Conference of England and Wales on Monday began its November plenary assembly with bishops gathered in Leeds, in the North East of England, for the four-day meeting.

‘The year of the God who speaks’

A number of subjects will be on the agenda for the bishops. Firstly the planning and arrangements for 2020 as “The year of the God who speaks.” This is an initiative planned by the Bishops’ Conference with the aim of helping Catholics realise and rediscover a love for scripture and biblical studies. The initiative is timed to coincide with the tenth anniversary of the publication of Pope Benedict XVI’s Apostolic Exhortation  “Verbum Domini” which he wrote to help Catholics understand the importance of the Bible in the life of the Church.

The plenary session will also feature a report on “Adoremus,” the National Eucharistic Congress which was held in Liverpool during September and a feedback session following the Synod on Youth and Discernment which was held in October in the Vatican.

The Catholic Bishop’s conference of England and Wales holds two plenary sessions per year, one in November and a second in April. All men serving as Diocesan and Auxiliary Bishops are invited to attend the meetings and cast their votes in debates. A few other priests who are not Bishops can also take part in the meetings. One such example is the Ordinary of the Ordinariate of Our Lady of Walsingham, a structure set up by Pope Benedict XVI in 2010 to allow former Anglican clergy to become Catholics and bring with them certain Anglican liturgical practices. The present Ordinary, a former Anglican Bishop, is married and therefore cannot be a Catholic Bishop but, as head of the Ordinariate, he may exercise many of the same powers as a Bishop.