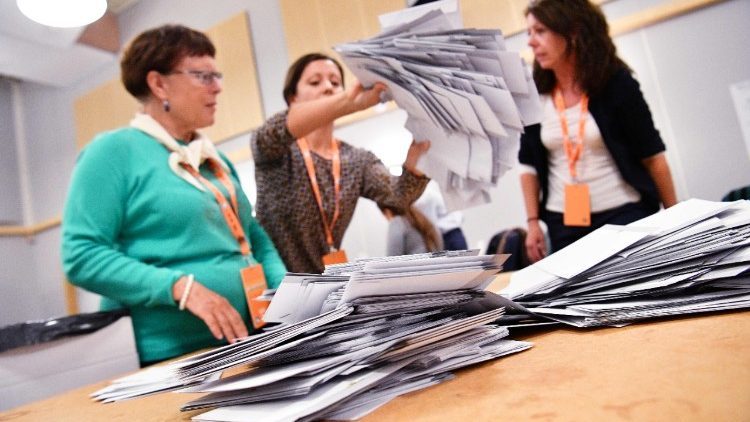 The Nationalist Sweden Democrats have won about 18% of the vote, just over 5% more than the previous election.

This places the Sweden democrats in a powerful position as the two main ploitcal blocs begin what may turn out to be a long journey to form a working coalition.

The governing centre-left coalition is marginally ahead of its centre-right Alliance rivals, with around 40% of the vote each, with postal votes still to be counted.

However both the governing centre-left and the centre-right coalitions have said that they will not work with the Sweden demcrates.
Sweden has become accustomed to coalition governments and no one was expecting an outright win in this election.

The current coalition, is made up of the Social Democrats and the Green Party, and is supported in parliament by the Left Party.

The other parlimentary bloc is the centre-right Alliance is made up of the Moderates, the Centre, the Liberals and the Christian Democrats.

With all but postal votes counted, neither of the leading alliances has reached the threshold of 175 seats, which is needed to govern.

Other European countries have seen support rise for anti-immigration parties in recent years. which is why both the main political blocs of the Swedish parliamient are reluctant to form a coalition with the nationalist Sweden Democrats.