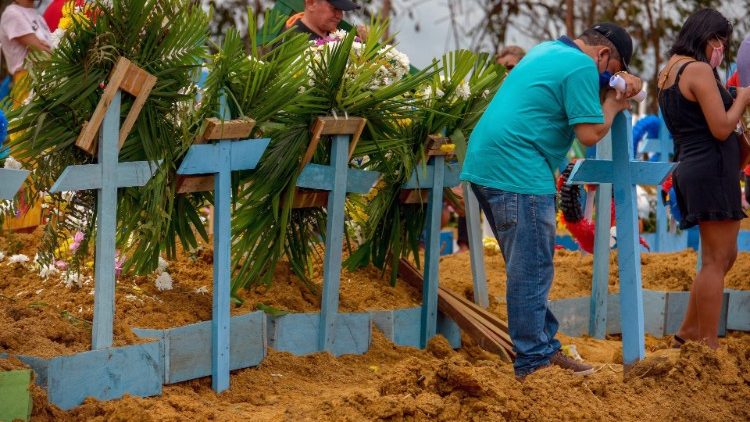 Pope Francis makes a telephone call to Archbishop Leonardo Steiner of Manaus in the Brazilian Amazon region expressing his concern and closeness to those affected by the new coronavirus.

Pope Francis expressed solidarity, closeness and concern to inhabitants of the Amazonian city of Manaus and for indigenous, traditional and poor people of the region.

A statement released by the Archdiocese of Manaus, the largest city of the Brazilian state of Amazonas and a gateway into the Rainforest, revealed that the Pope made a telephone call on Saturday afternoon and spoke to Archbishop Leonardo Steiner.

According to the daily Covid-19 monitoring carried out by Repam (the Ecclesiastical Pan-Amazonian Network), the Manaus region is the one hardest hit by the pandemic in the Amazon region.

Words of comfort and consolation

The statement said the Archbishop thanked the Pope for his “words of comfort and consolation”, and said he told the Pope about what the archdiocese is doing to care for those living on the streets, distributing food to those in need, reaching out to people who are suffering, and caring for migrants.

“This Saturday, the rains brought even more suffering to our peripheries,” Archbishop Steiner told the Pope.

At the end of the conversation, he said, Pope Francis thanked the archdiocese, the faithful, the religious and the priests for what they are doing to alleviate the suffering, assured his prayers for the deceased and their families, and sent a special blessing to the Amazon.”

“We are deeply grateful to Pope Francis for his paternal-ecclesial gesture”, Archbishop Steiner said.

The health care system in Manaus was the first to buckle under the pressure of the Covid-19 emergency. All the ICU beds in the city’s public hospital are reportedly taken and city authorities have started to bury coronavirus victims in mass graves due to high demand.

The state of Amazonas to date has reported over 3,600 infections and nearly 300 deaths.

Bishop Barber: Catholic Education best way to hand on faith to next generation

US Bishops appeal to Administration to reverse course on Federal executions