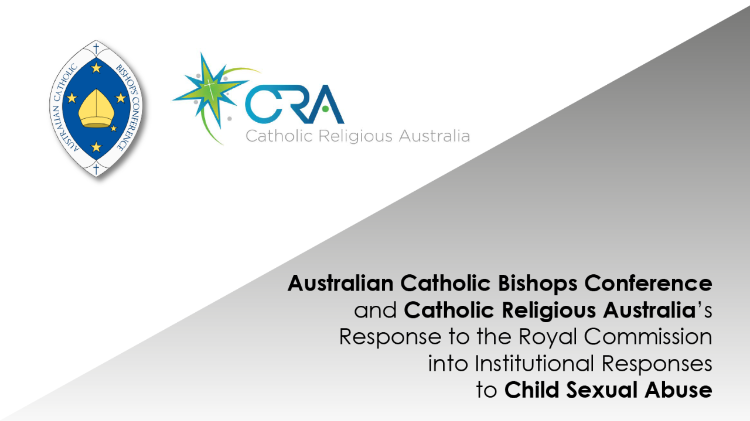 A 57-page response to the Royal Commission into Institutional Responses to Child Sexual Abuse was released on Thursday by the Australian Catholic Bishops Conference (ACBC) and Catholic Religious Australia (CRA), a group representing Australia’s men and women religious and members of Societies of Apostolic Life. The response, with a Preamble signed by Bishop Mark Coleridge, ACBC’s President, and Sr Monica Cavanagh, CRA’s President, responds point by point to recommendations made by the Royal Commission.

The response begins by thanking both the Royal Commission for its service and the courageous abuse survivors who came forward. “To them and their families we offer our sincere and unreserved apology, and we commit anew to doing whatever we can to heal the wounds of abuse and to make the Church a truly safe place for all”, the response says.

There is a clarification regarding the “extent of the authority” which the Catholic Bishops and religious leaders of Australia have with respect to the wider Catholic reality. Thus, the report states clearly that the ACBC and the CRA do not “speak for the entire Catholic Church”.

Recommendations of the Royal Commission

Of the 80 recommendations proposed by the Royal Commission, 47 were accepted, 1 was not accepted, 13 were passed on to the Holy See, 1 is being taken into further consideration, 5 were accepted in principle, 12 are supported, and 1 is supported in principle. In response to all the accepted or supported recommendations, the response also states how they are already being implemented, that Church institutions will comply with any future legislation, or that standards are in development by Catholic Professional Standards Ltd

Recommendations referred to the Holy See

Some of the recommendations made by the Royal Commission are actually addressed and have been forwarded to the Holy See by the Australian Bishops. These include: practices in the appointment of bishops; the possibility of voluntary celibacy for diocesan priests;  the amendment of Canon Law to include canons relating to child sexual abuse; modification of the pontifical secret in sexual abuse cases; canonical procedure in sexual abuse cases regarding approach and time limits; establishment of a canonical tribunal in Australia capable of judging cases against the clergy; publication of decisions made by the Vatican and canonical tribunals; amending the canons regarding the destruction of documents connected with canonical criminal cases; that the ACBC should consult the Holy See on matters pertaining to the Sacrament of Reconciliation and victims or perpetrators of sexual abuse and make the response public.

In some cases, the report states that recommendations passed on to the Holy See have become “normative practice in the Catholic Church in Australia”. Responding specifically to the recommendation for optional celibacy for diocesan priests, the ACBC states that the Royal Commission “made no finding of a causal connection between celibacy and child sexual abuse”, and suggests that inadequate formation of priests could have been a contributing factor in the sexual abuse of minors.

Recommendation 7.4 concerning the exemption of confessors in reporting abuse, which is a direct violation of the seal of confession, was the only one that was not accepted on grounds that “it is contrary to our faith and inimical to religious liberty”.

Nothing will repair the harm done

In conclusion, on behalf of the ACBC and the CRA, Bishop Coleridge and Sr Monica say that “Our hope and prayer is that all that we have done, are doing and will do may help to bring healing to those so gravely harmed”. At the same time, they acknowledge Pope Francis’ words that “no effort to beg pardon and to seek to repair the harm done will ever be sufficient”. Embracing the Pope’s words in his Letter to the People of God, they express their commitment to spare no effort to “create a culture able to prevent such situations from happening, but also to prevent the possibility of their being covered up and perpetuated”.