China and the bishops: Why is this issue so important? 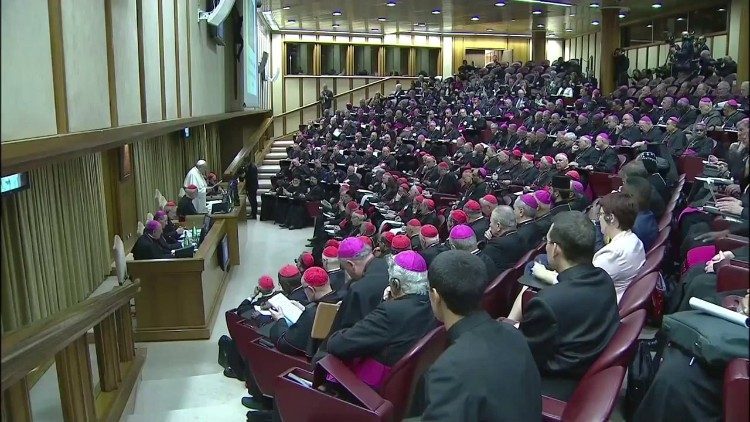 There are many problems that arise regarding the life of the Church in China; but in the negotiations between the Holy See and the Chinese Authorities, one in particular stands out: namely, the nomination of Bishops, and specifically the procedure for selecting candidates to the Episcopate, and the manner of nominating them on the part of the Supreme Pontiff.

It is obvious that many other questions are related to this topic. Among others: the civil recognition of the so-called “clandestine” Bishops; the canonical legitimization of Bishops consecrated without papal mandate; the constitution of the Chinese Episcopal Conference; the revision of the borders of ecclesiastical circumscriptions; etc. These questions ought to be the subject of further study and dialogue.

Pope Benedict XVI, in his Letter to the Church of China in 2007, explained why the theme of the Episcopate is so important:

As you know, the profound unity which binds together the particular Churches found in China, and which likewise places them in intimate communion with all the other particular Churches throughout the world, has its roots not only in the same faith and in a common Baptism, but above all in the Eucharist and in the episcopate. Likewise, the unity of the episcopate, of which “the Roman Pontiff, as the Successor of Peter, is the perpetual and visible source and foundation,” continues down the centuries through the apostolic succession and is the foundation of the identity of the Church in every age with the Church built by Christ on Peter and on the other Apostles.

Today, no one doubts that Catholics in China have the same Faith, the same Baptism, a valid Eucharist, and an Episcopate that maintains the apostolic succession. Nonetheless, the Catholic Church in China has gone through difficulties, trials, and worries; she has undergone fractures, and suffered wounds and divisions. But this has not occurred on the level of the Sacraments, which have always been valid in their roots; but rather on the existential level, and on the level of fraternal relations and of communal pathways. These levels, though, are tremendously important for the lived experience of the faith and of charity, as well as the effectiveness of the common mission and her witness in the world.

Everyone is aware that, at a certain point, in China, in the heart of the one Catholic Church this has triggered a crisis which has led to the establishment of two communities in a large number of Dioceses: the so-called “clandestine” or “underground” community, on the one hand; and on the other, the so-called “official” or “patriotic” community – each with its own Pastors (Bishops and priests). This crisis did not originate in choices internal to the Church but was conditioned by circumstances of a structurally political nature.

In the course of its bimillennial history, the Catholic Church has often given in to the temptation of dividing itself; and the reasons for the divisions have been diverse. The distinguishing circumstance that has led to the formation of two communities in China was not of a strictly dogmatic and moral character, as was the case in the first ages of the Church, and later especially in Christian Europe in the 16th century. Nor was it even of a liturgical and juridical character, as occurred between the first and the second millennium.

The distinguishing circumstance in China was of a political stripe, and so external. Without falling into an easy revisionism with regard to past responsibility, one might ask if the Church in China is called today to consider its particular presence and mission in the world in a new way. This will also happen by integrating different sensibilities which are present in the Church of every time and place: the more “incarnationalist” tendencies which, if isolated, tend toward worldliness; and a more spiritualist tendency which, taken by itself, tends toward abstraction. These two tendencies must remain in contact with one another, conversing, understanding, walking together for the good of the Church and of evangelization.

Beyond differing spiritual sensibilities, however, there are certainly also concrete choices, which are made on the basis of a different practical means of living out important values, such as fidelity to the Pope, evangelical witness, and a disinterested pursuit of the good of the Church and of souls. And so, it is probably on these multiple planes that appropriate means must be sought to overcome differing positions and come to an experience of greater ecclesial normality.

What is certain is that, in the face of the situation of disunity in which the Church in China finds itself, everyone suffers, or at least finds themselves uncomfortable: the ecclesiastical authorities, the communities of the faithful, perhaps even the Government itself. Ongoing incomprehension and misunderstanding do no one any good. Going forward, as Catholics, with the anomaly of being not only few, but also divided into two communities that do not value, and perhaps do not love enough, the pursuit of reconciliation, simply adds to the suffering. It is from the love within the community that others understand that the Lord is present in the midst of them.

In this context, it is understood that the nomination of Bishops, and especially their affective and effective unity, are crucial questions, precisely because they are at the heart of the Church’s life in China. In order to arrive at this unity a series of obstacles must be overcome; the first of which is the “peculiarly Chinese situation” that has seen the political Authorities restricting in many ways the life and pastoral mission of the Bishops.

This has led, on the one hand, to Bishops supported by the Government but consecrated without pontifical mandate (that is, without the approval of the Pope); and on the other, to Bishops nominated by the Holy See but which the State does not recognize as such. This difficult situation cannot be remedied except by initiating two formally distinct paths, which would lead, respectively, to ecclesial legitimization and civil recognition.

Therefore, the search for an agreement between the ecclesial and political Authorities on these points, even if imperfect, is extremely necessary and urgent in order to avoid the harm of further opposition. For this reason, the actions of the last three Popes has moved along the same lines: fostering the unity of the whole Catholic community; helping “illegitimate” Bishops return to full communion; and, at the same time, supporting the fidelity of those Bishops, whether “official” or “clandestine,” who are already in communion. Ultimately, they have sought to journey towards a reality of Church that lives communion in its fullness.

In response to a question on the situation of the Church in China, Pope Benedict XVI answered:

A variety of factors have favoured the positive development of the Catholic Church in China… On the one hand, a fervent desire to be in union with the Pope has never been absent among the illegitimately consecrated bishops. This made it possible for practically all of them to embark on the path to communion, a process during which we patiently accompanied them and worked with them one-on-one. There was a basic Catholic sense among them that said one is only really a bishop precisely in this communion. On the other hand, the secretly consecrated bishops, who were not approved by the State, can now profit from the fact that, even for purely political reasons, it is no longer advantageous for the government to imprison Catholic bishops and deprive them of their freedom on account of their allegiance to Rome. This is a non-negotiable precondition of, and at the same time a decisive help to, the reestablishment of full union between the two Catholic communities (“Light of the World: The Pope, the Church, and the Signs of the Times,” 2010, p.42).

This is the sixth in a series of in-depth articles on the dialogue between the Holy See and China.

Pope Francis sends condolences to the victims of flooding in Japan