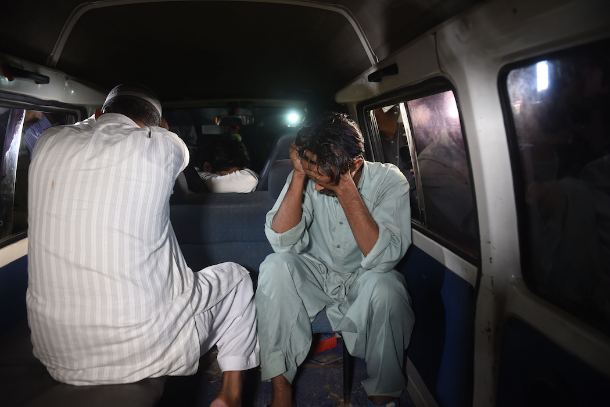 Pakistan has hanged the self-confessed killer and rapist of a 6-year-old and several other minor girls.Imran Ali, 24, was convicted earlier this year after the body of Zainab Ansari was found lying in a heap of garbage in Kasur district of Punjab province.The attack sparked nationwide public protests.Ali was one of Zainab’s neighbours and a famous reciter of’ ‘Naat’ poetry praising the Prophet Mohammed.After Ali was condemned to death for raping and murdering Zainab, he was convicted for similar crimes against six other girls.What occurred to Zainab was one of 12 such crimes to occur in Kasur in the space of one year, reported local media.Amin Ansari, the victim’s father, had requested public hanging of the killer and witnessed the execution occur.He claimed that Ali was a member of global ring distributing child pornography.Ansari also accused authorities of trying to cover-up the illegal network.”The government is trying to hide the details and are presenting Imran as a lone wolf for face-saving or to protect some vested interests,” he told media representatives.A Punjab province government spokesperson denied the allegations

Pastor Saleem Massey, a psychologist formerly at the United Christian Hospital in the provincial capital, Lahore, blames poverty and depression for increasing paedophilia.

Nobody talked about the underlying lack of education and awareness, said Massey, who has been managing nine churches in the Kasur district for past three decades. “Sudden panic and later hangings are not the solution,” he added.Efforts should be stepped up in hospitals and through use of the media to increase awareness of the ‘mental sickness’ behind such abuses as the Kasur tragedy was not an isolated case.Nabila Feroz, a Catholic child rights’ activist, said capital punishment did not constitute a solution to what was a societal problem and noted that Pakistan had signed United Nations conventions against the imposing of death sentences.The Zainab Ansari tragedy should serve as an alert to parents on the need to protect their children from predators, including from among relatives and neighbours, Feroz told ucanews.com.Hyacinth Peter, executive secretary of the Justice and Peace Commission of the Major Religious Superiors Leadership Conference, supported the execution.But she said a decline in moral values and an immature society lay behind such crimes.Peter said that a government crackdown on red light areas had exacerbated such evils as some people sought to satisfy sexual urges in other shocking ways.

Pope Francis has unshackled the church from the death penalty