Pope Francis has unshackled the church from the death penalty 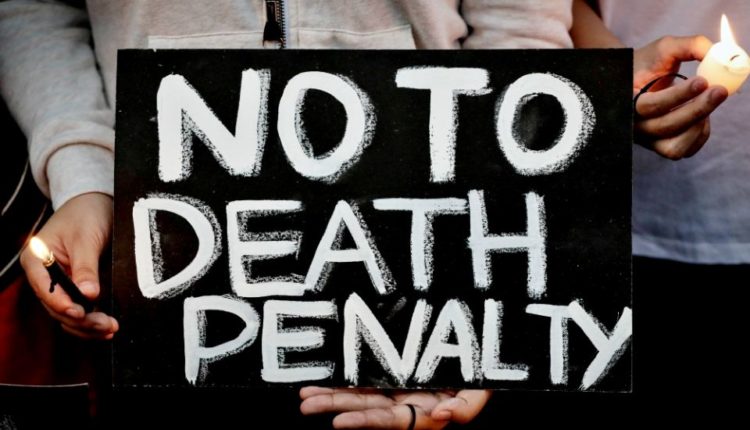 In his Sept. 24, 2015, speech before a joint session of the U.S. Congress, Pope Francis said, “Recently my brother bishops in the United States renewed their call for the abolition of the death penalty. Not only do I support them, but I also offer encouragement to all those who are convinced that a just and necessary punishment must never exclude the dimension of hope and the goal of rehabilitation.”

What was it — a fear of being preachy, a hesitancy of offending his hosts who might support capital punishment — that kept Francis from condemning the American passion for the death penalty? Whatever the reason, the pope had his chance and he blew it.

Perhaps atoning for his tepidity, he returned to the topic this year on Aug. 2 to declare to a larger audience of 1.2 billion Catholics that executions are “inadmissible” in all cases: meaning no exceptions for killers who massacre schoolchildren, no leniency for assassins whose murdering was declared “heinous” by judges and prosecutors.

The papal absolutism put Francis in a league of his own, well separate from wafflers like Pope John Paul II who intoned that in some cases killing killers was “the only practicable way to defend the lives of human beings effectively against the aggressor.” Such thinking echoed the early church arguments of Augustine and the medieval Thomas Aquinas.

In one stroke, Francis did what no pope ever attempted: unshackling the church from supporting capital punishment.

In a Vatican address on Oct. 11, 2017, to mark the 25th anniversary of the Catechism of the Catholic Church, Francis argued that “no one ought to be deprived … of life.”

“No matter how serious the crime that has been committed, the death penalty is inadmissible because it is an attack on the inviolability and the dignity of the person,” Francis said.

Predictably, the assertion brought on a storm surge of criticism, including from Edward Feser, co-author of By Man Shall His Blood Be Shed: A Catholic Defense of Capital Punishment. Obviously rattled that Francis was not only out of line but was something of a heretic, Feser wrote: “In our book … Joseph Bessette and I assemble a mountain of evidence from Scripture, the Fathers and Doctors of the Church, the popes, saints and theologians, and catechisms and other church documents, that shows conclusively that the legitimacy of capital punishment is irreformable Catholic teaching [emphasis in original]. And if that is so, then it follows that a pope who taught that capital punishment was always and intrinsically wrong would be as manifestly guilty of doctrinal error as he would be if he denied the Trinity.”

According to the Pew Research Center, public support of the death penalty is 54 percent, a tick higher than 53 percent among Catholics. Not among that group was Fr. Matthew Regan, a California priest who before his death in 2003 had a singular ministry that included weekly visits to death row inmates in the San Quentin prison

Though about the inmates’ “literal guilt or innocence I cannot make a moral judgment,” he wrote in an essay in the 1997 book Frontiers of Justice, the “fact is that their being killed, as if this were the only way to ‘protect’ society against further depredations they might try, is clearly contrary to any true assessment of the basic spirit of Christianity.”

In the same essay, the priest related a story that appeared in The Times-Picayune, the New Orleans newspaper, on how church leaders “handle controversial subjects. Almost all of them said they were personally against the death penalty, but when asked if they would preach about it, they said, ‘Not on your life!’ They were afraid it would divide their parish communities and hurt the collections.”

With that unsettling thought in mind, it has to be wondered how many priests took to their pulpits to praise Francis for his Aug. 2 stand against executions. How many sermonized that Christian mercy was owed to all murderers? How many called on their parishioners in the 31 states that sanction the death penalty to lobby the governors to shut down their death rows? How many expressed dismay that along with China, North Korea, Iran and Yemen, the United States is among the world’s leading executioners? How many recommended to the faithful that they read Don’t Kill in Our Names: Families of Murder Victims Speak Out Against the Death Penalty?

Let’s be upbeat. Let’s imagine that large numbers of priests did that and much more. And, going further, after sermons like that the collection plates were brimming with $20 bills. No dimes or quarters.