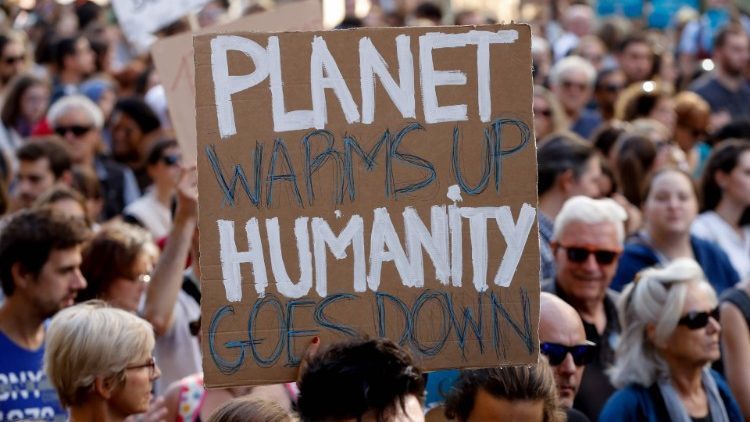 The Presidents of six continental Bishops’ Conferences have signed a document appealing to government leaders to take immediate action to tackle climate change in an effort to avert  catastrophic effects of the climate crisis.

As Martina Liebsch, Policy Director of Caritas Internationalis explained after the presentation of the document on Friday, October 26,  the appeal calls on politicians to work towards the implementation of the Paris Agreement to safeguard the planet and all of its people:

She explained that the document has been drawn up also in view of the next United Nations Climate Change Conference –the COP 24 – which is scheduled to take place in Poland in December, to make sure it will be a success and to highlight “that we need to move forward because we see we have one earth, one common home, and we need to take care of it”.

Liebsh said it was also to issue a broader call to the public “to ensure that the faithful understand the urgency, understand the responsibility that we have for future generations as well, to care for our common home and try to make it possible that we keep the global warming temperature to 1.5 Degrees Celsius”.

She pointed to the recent, very alarming, report by the International Panel on Climate Change: “It warns that if we don’t make these efforts some parts of the world may be inhabitable in a very near future”.

“It’s not something which is far away: it is something that is now” she said.

Liebsch said that at the document was presented in the presence of Cardinal Oswald Gracias, Archbishop of Bombay in India, Archbishop Jean-Claude Hollerich, President of COMECE and a youth representative from Oceania.

The face of climate change

“What touched me most, she said, was that he said ‘climate change is not about statistics, about degrees, it’s about people’”.