Card. Turkson: ‘How do we welcome the least?’ 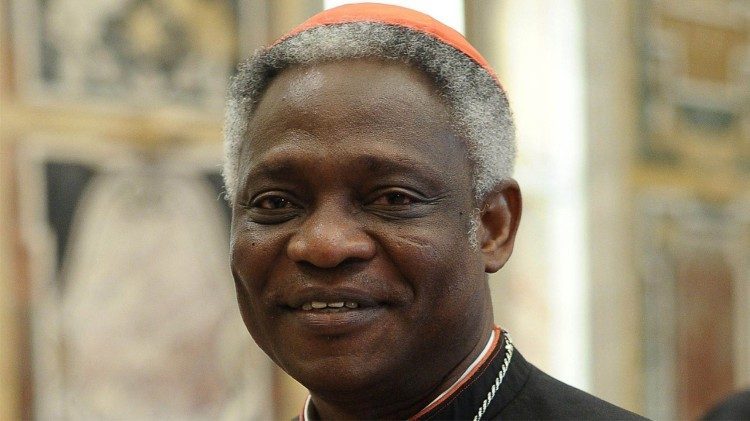 Cardinal Peter Turkson, Prefect of the Dicastery for Promoting Integral Human Development, opened the World Conference on Xenophobia, Racism, and Populist Nationalism in the Context of Global Migration. The Conference runs from September 18-20 and is organized by the same Dicastery and the World Council of Churches.

Cardinal Turkson began by welcoming all the participants. He connected the theme of migration to the fact that so many people are risking their lives in search of a better life. Rather than on focusing on the causes of migration, he said, what needs to be examined is how refugees are welcomed and integrated within the societies where they end up. “These people’s lives, their wounds and their aspirations question our consciences and force us to reflect on how the societies that welcome them look on these newcomers”, Cardinal Turkson said.

The Cardinal then proposed that the “expression ‘global village’, [used] to describe our society”, be compared to actual fact. “The idea of a village is connected to relationships, closeness and reciprocal solidarity”, he continued. However, this ideal needs to be confronted with “the view held about the foreigner, about the other…and the consequent ways of acting that emerge” in the receiving societies, he said.

Cardinal Turkson named some of these attitudes present in society: “fear – even to the point of racial, ethnic, national or religious hatred”. An intercultural web has already been woven in families, schools and other social institutions, which are now invaded by these destructive fears. The question that Cardinal Turkson said needs to be asked is how these social structures can foster the values of “brotherhood and solidarity” in such an atmosphere.

Jesus, the foreigner and refugee

Jesus, who identified himself with the foreigner, and who, as a baby, had to “flee his native land”, is our inspiration as Christians, Cardinal Turkson said. He concluded his welcome address saying, “I hope that we will leave this conference with a renewed conscience, with a purified outlook”. His hope extends to all Christian confessions, and all people of “good will”, so that the “dignity of every person”, especially “those whom Christ called the ‘least of my brothers and sisters’ ” might be “recognized and respected”.