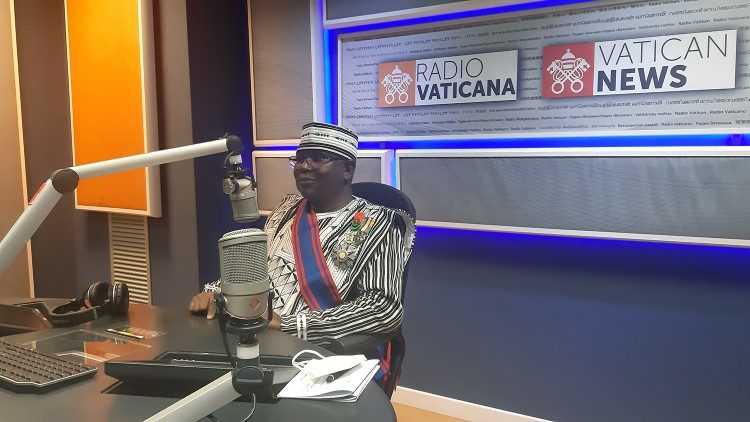 The ambassador of Burkina Faso to the Holy See, His Excellency Robert Compaoré, says he appreciates Pope Francis’ encouragement for multilateral diplomacy.

Pope Francis has decried the “diminished effectiveness of many international organisations” as nations pursue unilateral solutions. The Holy Father made the remarks on Monday in his annual New Year’s address to ambassadors accredited to the Holy See. The Pope spoke to ambassadors of 183 countries whose countries have diplomatic relations with the Holy See.

The Pope’s message was inspiring

In his speech, Pope Francis underlined the value of multilateral diplomacy as a way of valuing diversity.

“For some time now, multilateral diplomacy has been experiencing a crisis of trust due to the reduced credibility of social, governmental and intergovernmental systems,” Pope Francis told the diplomats in the Vatican’s Hall of Benedictions.

For Ambassador Compaoré, Pope Francis’ call is an invitation for nations to build a world with solid foundations where the interests of all are well assured.

“For Africa, such multilateral diplomacy can be translated into the pooling of energies, notably at the African Union (AU) level, without neglecting the work done at the level of sub-regional organisations.

“At the core of the Pope’s thought is a call for solidarity, a solidarity that consists of common action, for the defence of common interests … Divisions will always be detrimental to us all, but unity always makes us stronger, especially given the potential that Africa as a continent has. If united, the voice of Africa would carry more weight and go so far as to win unexpected victories,” said the Burkinabe diplomat.

The multidimensional security crisis in the Sahel

Pope Francis also spoke about the security situation in the Sahel, highlighting violent incidents of international terrorism in the region. For Ambassador Compaoré, what is currently happening in the Sahel “is a multidimensional crisis,” which he says involves everyone. The eradication of terrorism in the region must bring affected nations together. It is only through multilateralism and solidarity that the crisis in the Sahel can be overcome. Otherwise, African countries in the region will continue to pay the high price we are seeing in terms of human lives.

Terrorists rarely confine themselves to one country

Ambassador Compaoré warned that at the moment, Burkina Faso was like a dam and that if the dam breaks, terrorism could become more widespread on the continent.

“Today, it is the country most affected by this scourge of terrorism. The Burkinabe government is doing its best to combat this threat. It has, for example, increased the budget of the defence and security forces and provided them with substantial resources to deal with this festering wound,” said Mr Compaoré.

Ambassador Compaoré told Vatican News that the war on terrorism that his country is fighting should concern the entire international community. Countries of the Sahel need more support, he emphasised.

Burkina Faso has been grappling with militias. The al-Qaeda-linked jihadist militia group JNIM has carried out attacks in the north and northwest. At the same time, the Islamic State in the Greater Sahara (ISGS) is mainly active in the east and in the border region with neighbouring Niger.

Peace is a gift of God and the work of men

When all is said and done, we must remember that peace is a gift from God, said the Ambassador of Burkina Faso. The Burkinabe diplomat recalled the New Year message of the Archbishop of Ouagadougou, Cardinal Phillipe Ouédraogo, who said recently that peace is both a gift from God and the work of men.

Cardinal Ouédraogo referenced Pope Francis’ 55th Message for the World Day of Peace, which traditionally falls on 1 January. “Peace is both a gift from on high and the fruit of a shared commitment,” Pope Francis said at the beginning of the year.

Pope to Theatines: persevere in Gospel witness and works of mercy

Pope: May we all join in Week of Prayer for Christian Unity