ASIF President: “New steps forward, we must not lower our guard” 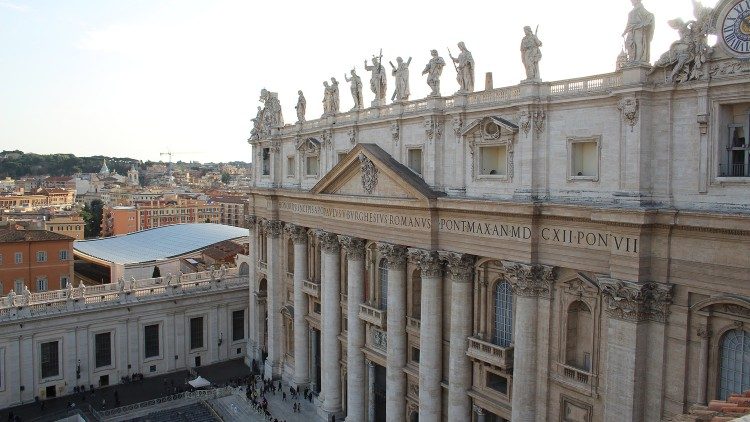 We feature an interview with the President of the Vatican’s Supervisory and Financial Information Authority on the occasion of the publication of its 2021 report: “The development and strengthening of a network of international collaboration are constant objectives and priorities.”

The Supervisory and Financial Information Authority (ASIF) has published its latest report. ASIF is the authority of the Holy See and the Vatican City State for supervision in matters regarding the prevention and countering of money laundering, the financing of terrorism, and financial intelligence. ASIF President Carmelo Barbagallo tells us more about the report in the following interview.

In the report’s introduction, you explain that 2021 marked “a year of consolidation.” Can you explain why and give some examples?

Recent years have been characterized by various important changes for ASIF that I have had the privilege of heading since November 2019. Changes have regarded the internal organization of ASIF with the approval by the Holy Father of new statutes that give a more functional internal organization consisting of three office (Supervisory Unit, Financial Intelligence Unit, and Regulation and Legal Affairs Unit), as well as greater adherence to organizational principles of the Roman Curia. Changes also regard the composition of the Board, the appointment of a new authoritative Management and a strengthening of the staff members. Also, very important to note is the signing of important agreements of collaboration with other authorities. The review of Vatican jurisdiction by Moneyval with a widely positive outcome topped off all these developments. We needed to consolidate all these changes and that is what was done in 2021 and continues to happen. Examples include the settling of labour procedures, the full integration of new resources, efforts to increasingly enhance the development of all colleagues, and increasingly professional contributions of the offices.

How important was the Moneyval review and at what point are we in the path undertaken to counter instances of money laundering and financing of terrorism?

The Moneyval review is part of the global circuit of prevention and countering money laundering and the financing of terrorism. It is of fundamental importance for the action and financial reputation of the jurisdictions that adhere to it. An eventual negative review would have repercussions on the path of transparency undertaken long ago by the Holy See and also risk also complicating financial relationships of institutions like the IOR or APSA with their foreign counterparts. On the other hand, the great work done in previous years, and especially more recently, has prevented that from happening. However, we cannot “let our guard down” in terms of the effectiveness of prevention and enforcement action, because continuous refinement action is imperative that includes frequent instances of verification, also in accordance with international standards. This is the direction the activities are going of coordinating the jurisdiction of implementation of the recommendations received from Moneyval in conjunction with the Committee of Financial Security.

How would you characterize the relations between ASIF and the various authorities and dicasteries of the Holy See?

Collaboration between ASIF and the authorities and dicasteries of the Holy See is essential for the full efficacy of the work in prevention and countering money laundering and the financing of terrorism. Aware of this, ASIF is constantly committed to maintaining a proactive dialogue with all those involved with respect to the prerogatives and roles assigned by internal regulations and consistent with international standards. Opportunities for discussion and working together have been intensified in recent years. Just to give an example, there are regular meetings with the Office of the Promoter of Justice, the Gendarmerie, and the Office of the Auditor General.

What steps have been taken to improve on the work of financial intelligence, especially through international relations with other similar bodies?

The development of a network of international collaboration and its strengthening are ongoing objectives and priorities of ASIF. This is especially important for a jurisdiction like the Vatican and given the capillary presence of the Church throughout the world. One of the instruments utilized by ASIF in this regard is the signing of protocols of understanding. In 2021 we signed three further ones. In this area ASIF gives special importance to its participation in the Egmont Group, an essential instrument for strengthening relations with similar foreign authorities.

The only financial intermediary supervised by ASIF is the Istituto per le Opere di Religione. How would you assess the work carried out by the IOR and what steps now need to be taken?

For quite a while now, the IOR has undertaken a good path that distinguishes it clearly and significantly from the sad events of the past. Contributing to that has the been the beneficial work of its reorganization, still underway, with the goal to render management of the Institute ever more effective, efficient and dependable. Also, in the area of prevention and contrasting money laundering and the financing of terrorism, the best confirmation of the positive action take so far was expressed in the assessment by Moneyval during its recent review, which was entirely favourable regarding both the protections put in place by the Institute as well as the oversight by ASIF. The road is clear. It is now a matter of continuing to follow it with confidence and the awareness of the importance of the jurisdiction of a financial entity like the IOR, and certain that ASIF will continue to have oversight of the entity monitored with the utmost attention and incisiveness.

In 2021 ASIF received 104 reports of suspicious activity. What can you tell us about this?

The analysis and review of reports of suspicious activity are among the most significant and sensitive responsibilities given to ASIF. Much of the analysis carried out converges on the investigative authorities for further assessment of possible criminal profiles. Regarding the question of the nature of the reports, we discover note that most of these come usually from the IOR. We also note in the report a stable trend in improvement in the quality of this work carried out since 2017. There is also the intensification of preventive measures by the IOR, and there is an increasingly conscious implementation of a risk-based approach.