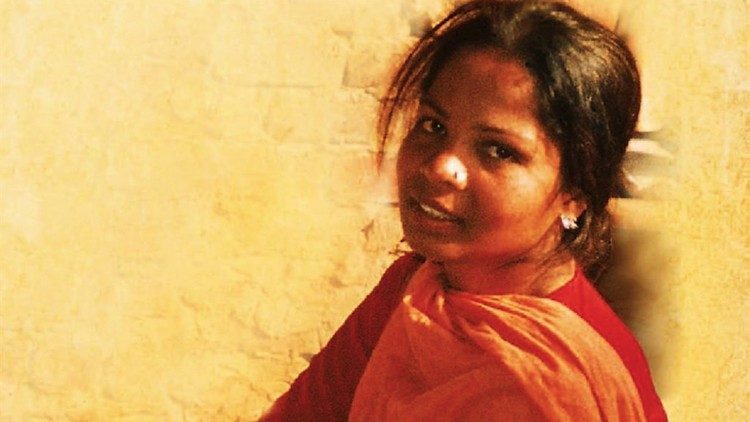 Asia Bibi, the 47 year-old Catholic mother of 5 children, acquitted by Pakistan’s Supreme Court on October 31 after being sentenced to death in 2010 on a false charge of blasphemy, was released on Wednesday and transferred to an undisclosed location in the capital.

Amid tight security, Asia Bibi left a prison in Multan, Punjab province, for a flight to Islamabad.  Troops guarded the roads leading to the airport from which she flew out.

Asia Bibi’s lawyer, Saiful Mulook, who fled Pakistan this week and sought asylum in the Netherlands, confirmed she was no longer in prison.

Authorities last month said they arrested two prisoners for allegedly conspiring to strangle her and since then additional police and troops have been deployed to the facility in Punjab. Officials said Asia Bibi will be safer at the new facility in Islamabad.

Since the Supreme Court verdict, groups linked to the hardline Islamist Tehreek-e-Labbaik Pakistan (TLP) party, who want the Christian woman hanged publicly, paralyzed many of the country’s cities with demonstrations, roadblocks and threats.

To end the unrest, the government came to terms with the Islamists on Friday, putting a hold on Asia Bibi’s release, preventing her from leaving the country, accepting a revision of her sentence, and freeing all the demonstrators arrested.

In a tweet he said, “It has become a norm to publish fake news for sake of headlines, #AsiaBibi case is sensitive issue it was extremely irresponsible to publish news of her leaving the country without confirmation, I strongly urge section of media to act responsible .”

The minister for foreign affairs further said, “Asia Bibi is now a free citizen and can go where she pleases after the SC verdict. There is no ban on the movement of a free citizen.”  “A review petition has been filed in the court and the Ministry of Interior can inform regarding whether she can be legally barred from leaving the country,” he added.

Asia Bibi’s husband, Ashiq Masih, pleaded with the United States, Great Britain, Canada and Italy for asylum, saying it would be too dangerous for his family to stay in Pakistan.

Pakistani authorities now say the Christian woman may not leave the country because a petition for a review of the court’s ruling was filed by a  radical Islamist lawyer requesting the acquittal be reversed.   Pakistani courts usually take years to decide such cases.

In perhaps Pakistan’s most famous blasphemy case, Asia Bibi was arrested and imprisoned in June 2009 on allegation of insulting the Prophet Muhammad, following an argument with Muslim women over her use of a drinking vessel meant for Muslims.  She and her family have denied the allegation. The following year she was sentenced to death.

According to the blasphemy laws in Pakistan’s Penal Code, insulting the Prophet Muhammad is a crime punishable by death, while offending the ‎ Koran, Islam holy book, incurs life imprisonment.

During a special event organized in Rome on 24 February to express solidarity for those persecuted for their faith across the world, Pope Francis had a private meeting with Ashiq and Eisham, the husband and daughter of the Catholic woman.