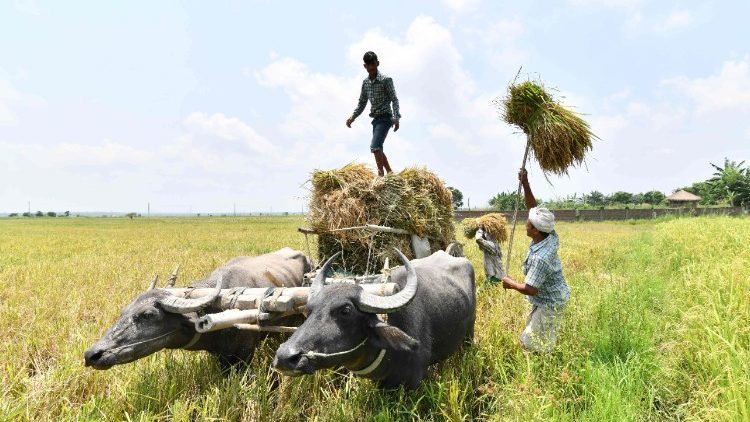 “The scale and pace of food production would not need to increase…to feed an extra 1 billion people by 2030.” This is according to a report released this week by the United Nation’s Food and Agriculture organisation (FAO). The message FAO, along with other non-governmental organisations, is trying to get across on a global level is simple: 3 billion people worldwide are affected by poor-quality diets but there is neither a lack of food, nor a lack in food quality upon production.

If you don’t steal, don’t waste

It is shocking to see that one in every five deaths globally are associated with poor diets. The report explains that poor diets are caused by consuming poor-quality foods as well as by a general lack of food, of any sort. More people die from not receiving the appropriate amount of food and nutrients that they are entitled to than from threatening illnesses like malaria and tuberculosis. This makes little sense when you consider that food production is totally within human control.

The fact that “one third of all food produced for human consumption never reaches the consumer’s plate”, sheds light on why FAO is urging us to “prioritise the reduction of food-loss and waste as a way of improving people’s access to nutritious and healthy food”.

The report analyses the benefits that would come from reducing loss and waste in nutritious foods. It would not only be the horrific hunger and malnutrition that would be tackled. When humanity for some reason cannot be put at the top of other people’s list of priorities, very often money can and “the value of food lost or wasted annually at the global level is estimated at $ 1 trillion” should be motivating enough to consider acting. Because said action would also yield substantial benefits for the natural environment.

The changes proposed in the report would “contribute to the efficiencies needed to address climate change”; “unlock savings in water and energy consumption, land use, and resources used in industrial food fortification”. Humanity, the environment and money. Three of what can be considered the most prominent aspects of life on earth, tackled by approaching one global issue.

The benefits of tackling this global issue should be more appealing than the negative outcomes that come from ignoring it: “addressing loss and waste of nutritious foods should be a specific new priority for improving nutrition” and the report highlights some of the ways in which this could be feasible through policy actions, Public-Private partnerships, non-profit interventions and the use of innovative technologies

Pope authorizes decrees on the causes of saints