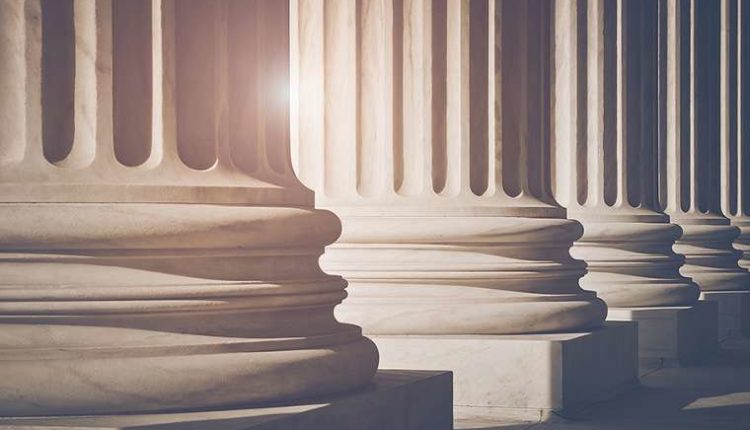 Washington D.C., Oct 3, 2016 / 04:02 pm (CNA/EWTN News).- Amidst the current environment of “political polarization,” one archbishop exhorted public officials on Sunday not to be discouraged, but to pray together and ask for “an outpouring of the Holy Spirit.”

“At this critical moment in our nation’s history, at this time when America seems to be almost paralyzed by a political polarization that impedes our ability to address effectively a whole host of pressing needs, we gather not just to pray for our country and its leaders in general, but to plead in a particular way for an outpouring of the Holy Spirit on those who are involved in the administration of justice,” Archbishop Bernard Hebda of St. Paul-Minneapolis said on Sunday.

Archbishop Hebda preached the homily at the Red Mass at the Cathedral of St. Matthew in Washington, D.C. The Mass has been held annually for Supreme Court justices, judges, and other public officials since 1952, and the tradition of such a Mass for public officials dates back centuries in Europe. The Mass is named for the red vestments worn by the priest, the color of fire and a symbol of the Holy Spirit.

Cardinal Wuerl celebrated the Mass and Archbishop Hebda was the homilist.

Three area attorneys and one legal firm were honored after the Mass by the John Carroll Society for their pro bono work for low-income persons. Professor Paul Kurth of Catholic University’s Columbus School of Law and lawyers Robert B. Fitzpatrick and Relinda Louisy all volunteered with the Catholic Charities Legal Network. The firm Hogan Lovells US LLP was also honored for its relationship with the Catholic Charities network.

At the Mass, Archbishop Hebda exhorted the justices, judges, and officials to not just pursue justice in their work but to practice mercy to all those they interact with. He pointed to the words of the late Supreme Court Justice Antonin Scalia that “the rule of law is always second to the law of love.”

“Those of you who knew and worked with Justice Scalia or who are students of his jurisprudence know that we certainly should not be interpreting his statement as suggesting a lack of appreciation for the rule of law, but rather as a reflection of a heightened appreciation for the importance of the law of love – and for the mercy that flows from it – in the practice of law and in the administration of justice,” Archbishop Hebda explained.

This means that public service should be focused on persons and not just laws and cases, he said.

“Pope Francis has noted that mercy ‘does not approach cases’ but persons and their pain,” the archbishop said. “Working in an environment so often populated by Jane Does and John Does, we need to remember that real people are at the heart of what we do and are affected by the decisions that we make.”

That does not mean casting aside justice to be replaced with mercy, he insisted, or “that we blindly let another off the hook.”

Rather, he said, we must “assess” others’ problems “to the best of our abilities, to the best of our professional standards, using the tools available to us, so that we might be instruments of the Lord in bringing the real healing that redounds not only to the individual but also to the common good.”

The archbishop also encouraged those in attendance to not grow discouraged by acts of violence and terror, prejudice, and infringements on religious freedom.

“In a society in which shopping malls and discos and schools have all too often become places of unthinkable horror, at a time when old hatreds and prejudices seem to be rearing their ugly heads, or when our first freedoms are so easily put at risk, we could easily be tempted to throw up our hands and simply join the lament that we heard in our first reading: ‘How long, O LORD? I cry for help but you do not listen! I cry out to you, ‘Violence!’ but you do not intervene’,” he said.

Rather, “instead of giving up in discouragement, we, enlivened by the Spirit, need to join the Apostles in their fervent prayer: ‘Lord, increase our faith’,” he insisted.

And disciples must pray together, not just on their own. “There is surely strength in numbers,” he continued. “When we put our heads together, when we support each other in doing what’s right, when we pool our strengths and compensate for each other’s weaknesses, we can – by God’s grace and the work of the Holy Spirit – do amazing things.”

Poll: Pope’s favorability numbers down, and worse for handling of abuse