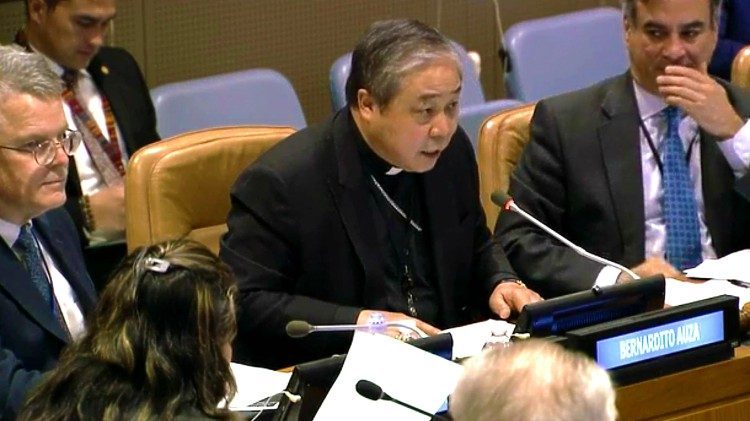 Genuine negotiation in dispute settlement calls for a “culture of encounter” that places at the center of all political, social and economic activity the human person, who enjoys the highest dignity, and respect for the common good.

Genuine peace mediation needs trustworthy mediators and must include all parties for a good that is mutually beneficial to all the parties involved, said Archbishop Bernadito Auza, the Holy See’s Apostolic Nuncio and Permanent Observer to the United Nations in New York.

Speaking on Wednesday at an open debate of the Security Council on mediation and settlement of disputes, the Vatican diplomat drew lessons from successful Holy See-mediated peace processes in disputes between Argentine and Chile, in Mozambique and recently in Colombia.

“The more demanding the path that leads to peace and understanding, the greater must be our efforts to acknowledge one another, to heal wounds, to build bridges, to strengthen relationships and support one another,”Archbishop Auza quoted Pope Francis, and stressed that the culture of encounter, involving mutual respect and understanding, must be at the heart of not only settling disputes but also in daily life.

Speaking about the Colombian peace process, Archbishop Auza said that conflict resolution must be founded on the respect and defense of human dignity and the common good.   It is impossible, he said, to find a just way out of situations that generate violence without this principle of recognition and without the restoration of the dignity of those who suffered during conflicts.

And for mediation to be fair and impartial there must trustworthy mediators who are impartial, unselfish and persevering, in whom the parties in conflict can mutually trust.  Together they work for the common purpose of achieving a good mutually beneficial to all the parties involved.

Another fundamental lesson one can draw from the Catholic Church’s mediation efforts is that all parties, not just the leadership, must be involved, including those who have suffered. Mediation, he said, involves listening and being close to the victims of injustices and violence of the conflict

US Bishops’ National Review Board calls for lay leadership