US Bishops’ National Review Board calls for lay leadership 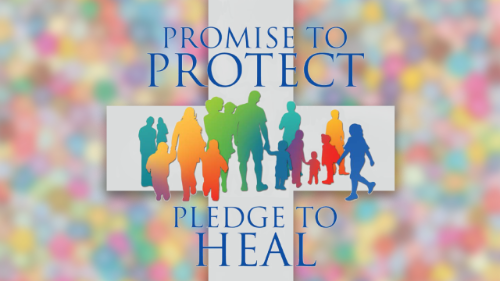 Share
Amid the sexual abuse crisis the National Review Board (NRB) of the US Bishops Conference calls for a “lay-led investigation” of bishops, and the implementation of a whistle blowing policy.

The recent publication of the Pennsylvania Grand Jury Report in the US, and the revelation of the allegations against former Cardinal Theodore McCarrick, has prompted the National Review Board (NRB) to publicly request a lay board to investigate bishops, and that a “whistle blowing” policy be implemented. Established in 2002 by the US Conference of Catholic Bishops (USCCB), the NRB advises the bishops on the prevention of the sexual abuse of minors.  The USCCB published the statement on their website on Tuesday.

The NRB begins by acknowledging that the incidents of the actual sexual abuse of minors has decreased significantly since the USCCB implemented policies and procedures in 2002. Recent revelations regarding the involvement of “the highest levels of the hierarchy” in covering up this abuse, however, shows what the NRB calls a “deeper problem”. Establishing other “committees, policies, or procedures,” the NRB says, is not enough. They call for a “change in the Church’s culture, specifically among the bishops” because it is there that a “culture of silence” is instilled that allowed horrific “abuse to go on virtually unchecked”.  Victims of abuse and the entire Body of Christ have been betrayed, the NRB states, by a “loss of moral leadership and an abuse of power”.

Episcopal accountability in that “failure”, or through direct or indirect complicity, requires “an independent review into the actions” of any bishop “when an allegation comes to light”, the NRB states. The NRB also says they are in agreement with Cardinal DiNardo, President of the USCCB, who suggested recently that such an entity be entrusted to the laity. Since members of the NRB are lay, the NRB suggests that they “would be the logical group to be involved in this task”.

In addition to the formation of such an investigative body, the NRB calls for the immediate establishment of “an anonymous whistleblower policy” separate from the hierarchy which would report allegations to both civil and ecclesiastical authorities.

Charter for the Protection of Children and Young People

The NRB also calls for the revision of the Charter for the Protection of Children and Young People so that it might reflect the learned experience of and recommendations made by the NRB which “were not incorporated for a variety of reasons”. They specifically ask that the ineffective “Statement of Episcopal Commitment” be revised “into a meaningful, actionable commitment” and that the vagueness of “fraternal correction” be revised to “outline concrete steps” necessary when actual allegations of sexual abuse materialize against a bishop or when a bishop fails to adequately respond when clerics are accused.

Time for the laity to assume leadership

The NRB concludes its statement saying that they “recognize that the overwhelming majority of our current bishops have, and continue to, take the sexual abuse of minors seriously”. But the bottom line in their words is, “every time one bishop fails to act, the entire episcopate is tainted”. Therefore, the NRB states, “it is time for the laity to assume courageous leadership to help the Church respond and to heal and for the bishops to listen carefully to our recommendations”.

Life, family and religious freedom: announcing the Gospel of Life in Bolivia