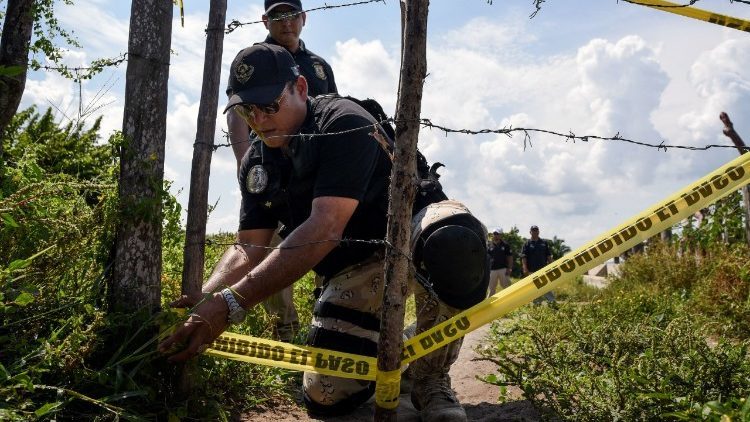 Tiny Pink sandals, a t shirt with the image of Tinkerbell, a child`s jumper depicting Pokémon, trousers which would only fit a toddler, all carefully removed from small bodies alongside adults. Mexico`s National Commission for Missing Persons is posting these heartbreaking photo on line in the hope that this and DNA matches might bring some closure to families of those who`ve vanished.

More than 30,000 Mexican people have been officially reported missing in Mexico`s ongoing Drug War. That`s not counting tens of thousands of Central American Migrants who were crossing Mexico, but never made it to the US Border. Victims of cartels who demand kidnap ransoms of those caught join their ranks. The alternative is death and an unmarked grave