Angola: Our liturgies must invite people to want to participate. 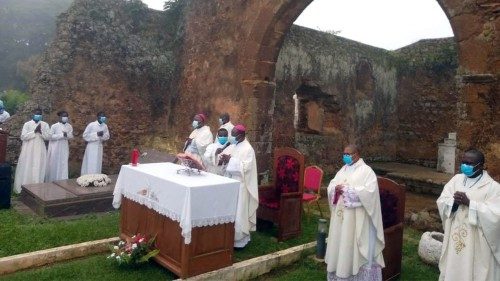 Angola’s 13th National Liturgy Week has ended in the historic Diocese of Mbanza Congo with a call for liturgies that are well prepared, appealing and yet observe the Church’s liturgical norms.

More than 80 delegates from the various dioceses of Angola and São Tomé recently met for a week in the historic Diocese of Mbanza Congo for the country’s XIII National Week liturgy convention.

The theme of the meeting was “Walking together in faith and in the way of celebrating the holy mysteries.”

During the week-long discussions, one of the most discussed topics was on liturgical music. In the end, the liturgists recommended reminding clergy and the faithful to pay attention to the general norms of the Church regarding the use of sacred music.

Liturgical music must correspond to the spirit of the liturgical celebration itself and should not hinder the active participation of the people. The choir must always help the faithful enter into the mystery being celebrated. Otherwise, “our Churches will have religious songs but not necessarily liturgical music,” said the Angolan liturgists.

The liturgists nevertheless emphasised that it was possible to have lively and active liturgies without sacrificing the solemn nature of a celebration such as the Mass.

A call for national liturgical structures

The delegates also recommended that the episcopal conference needed to create liturgical structures at both diocesan and national levels to guide various liturgies.

Archbishop Luzizila Kiala of the Archdiocese of Malanje, the chair of Angola’s Episcopal Commission for Liturgy, Shrines and Ecumenism, expressed satisfaction with the meeting’s sharing and learning outcomes.

Pope announces 21 new Cardinals from around the world