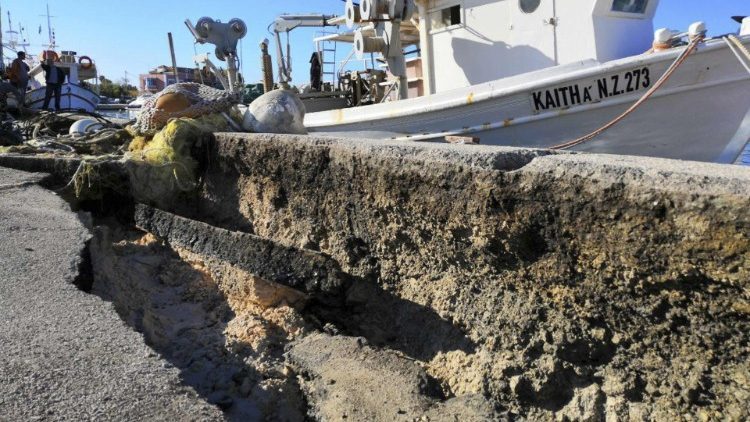 The people on the western Greek island of Zakynthos were in shock today, after a powerful earthquake measuring 6.4 on the Richter scale hit the island in the middle of the night.

The quake caught most people in bed. But few on Zakynthos actually slept last night, spending the night in their cars or outdoors. More than 100 aftershocks have been reported so far. Many buildings have been damaged. A huge half-metre wide crack has split the wharf of the main town of Zakynthos right along its length.

It was the strongest quake on the island since the 1953 killer quakes that claimed hundreds of lives. Since then most buildings have been made to withstand major shocks, which explains why no injuries have been reported, despite the 6.4 Richter strength. Also, the epicentre was under the seabed south of the island.

The quake was felt as far away as Sicily and Albania. Zakynthos and the other western Greek islands lie on one of the world’s shakiest fault lines

Officials here in Athens warned that the danger was not over, and that possibly a new strong quake of up to 6 Richter could hit Zakynthos in the next few hours or days.

US deploys troops to Mexican border