Young people are not objects of pastoral activity 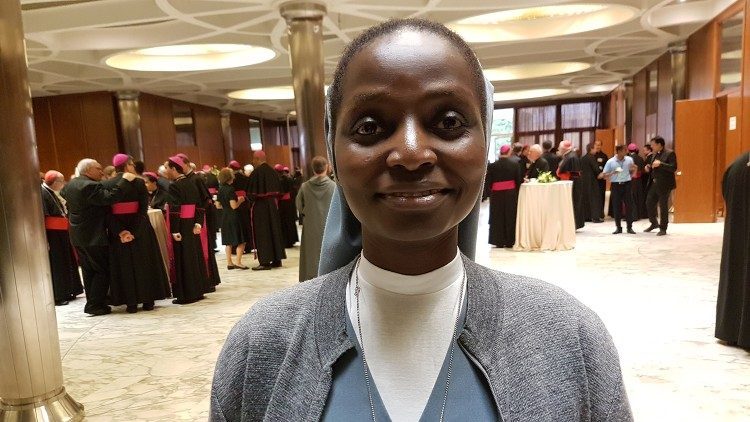 Sr. Lucy Nderi, a Kenyan Salesian Sister who works with young people in her country, says the current Synod is a moment for the universal Church to discern its mission and vocation with young people.

The Pope is always by the door greeting and welcoming participants

According to Sr. Lucy, “It’s not just about helping young people to discern. The Church is also trying to discern its vocation in our contemporary world.” She added, “As a Salesian Sister, it is even more significant for me to be here and discern together with the Church on how to journey, transmit the faith to our young people (for them)  to discover their vocation in life – a vocation which aligns with the will of God. I am actually impressed by the homey environment here. I did not expect that. I am touched by the simplicity of many Bishops, and I think this is in following the example of the Pope who is always by the door. I did not expected that. That (the Pope) will be by the door welcoming participants, and during the breaks, he is there greeting and encouraging (us). His presence is very significant and meaningful,” Sr. Lucy said.

We participate in groups

How are young people and other observers at the Synod contributing to the ongoing deliberations?

“In the beginning, they gave each one of us (observers) the possibility to intervene once, in the general assembly, for four minutes – a prepared intervention … but the most participative moments are in the groups because (there) we have the same possibility to discuss issues that have already been discussed in the assembly and which we would like to pass into the final document,” Sr. Lucy said.

Observers at the Synod happy with the space given them