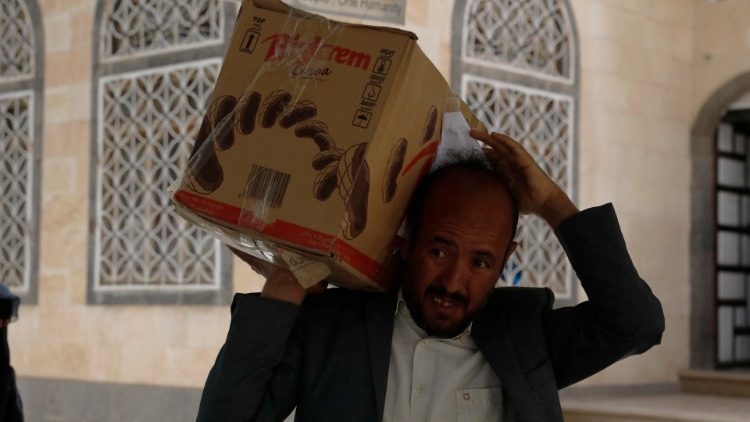 Pope Francis hails the news of a two-month extension of a truce in war-stricken Yemen. In New York, members of the United Nations Security Council also voice their appreciation for this sign of hope.

In New York, the UN Security Council welcomed the extension of the two-month truce which they said had led to real and tangible benefits for the Yemeni people.

Furthermore, there has been a considerable drop in civilian casualties since it first went into effect on April 2.

Now, the UN hopes that the peace could be translated into a lasting ceasefire and a wide-ranging and inclusive political settlement under their auspices.

As part of the truce, both sides have agreed to halt all military operations inside Yemen and across its borders and conduct two commercial flights a week from Houthi-controlled Sanaa to Jordan and Egypt.

There is also a requirement to allow fuel vessels into a Houthi-controlled port.

It is estimated that number of civilians killed and injured fell by more than half in the first month of the truce. However, nineteen civilians have been killed in Yemen during the ceasefire, mostly by landmines or unexploded ordnance.

The country has been devastated by a conflict that escalated in 2015.

Since then, fighting had reportedly left more than 120,000 people dead and left the economy on the brink, leaving about 16 million people affected by inadequate food consumption.

Pope to government leaders: ‘Please do not lead humanity to ruin’

Pope at Pentecost Mass: Let us sit at the school of the Holy Spirit