US Catholics, Buddhists helping poor and homeless together 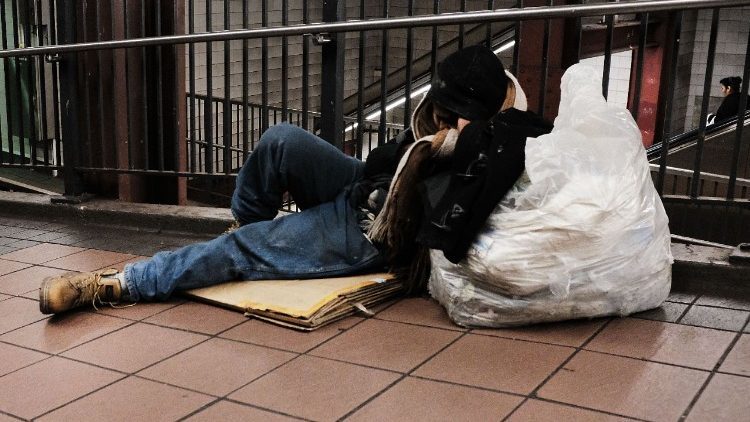 A delegation of Catholic and Buddhist leaders from the United States visited the Vatican this week to promote an initiative giving a helping hand to city-dwellers facing poverty and homelessness.

The Pontifical Council for Interreligious Dialogue invited project representatives to Rome in honor of the late-Cardinal Jean-Louis Tauran.

Bishop Nicholas DiMarzio of Brooklyn led the interreligious group, and spoke to Devin Watkins about the initiative.

“The Green Affordable Housing Project speaks to the spirit of Laudato Si’. It was a proposal that came from Cardinal Tauran before he died,” Bishop DiMarzio said.

Cardinal Tauran’s idea, he said, was for Buddhists and Catholics to cooperate on a project inspired by the encyclical’s teaching.

Bishop DiMarzio said the late-Cardinal hoped it would provide help for “those who are in poverty”, especially the homeless and those who are disabled. Solar panels, some other type of energy saving device, or a roof-top garden are added to make the projects “green”.

Buddhist leaders in each of the three cities will participate in the service-oriented initiative, making it an important milestone in interreligious dialogue.

Bishop DiMarzio said Catholics would take care of the administrative areas, such as construction and funding. “Whereas the Buddhists,” he noted, “would be giving some of the supplementary help to the projects.” The houses will have meditation rooms. “They may come and teach meditation, or something that they could contribute that is specifically their own,” he said.

“The service one has never really happened that well, to show that we can work together in a service project. That’s what Cardinal Tauran had envisioned” for the Green Affordable Housing Project.

The initiative even addresses the specific realities of each city.

“In a particular way,” Bishop DiMarzio said, “I’m very proud of my own project in Brooklyn and Queens, because as we’re planning for the future we recognize that we’re in what they call an ageing tsunami.”

His city’s project is particularly focused on both homeless and low-income elderly. They often struggle to pay rent and may suffer from physical and mental disabilities.

Bishop DiMarzio said that, by 2030, New York City will increase in size by another 2 million people. Nearly half of them will be senior citizens.

Pope Francis at Mass: Mercy is the Christian “style”