US Bishops against racism: Open wide our hearts

The Bishops of the United States invite Americans to open wide their hearts in order to end racism and heal its effects. 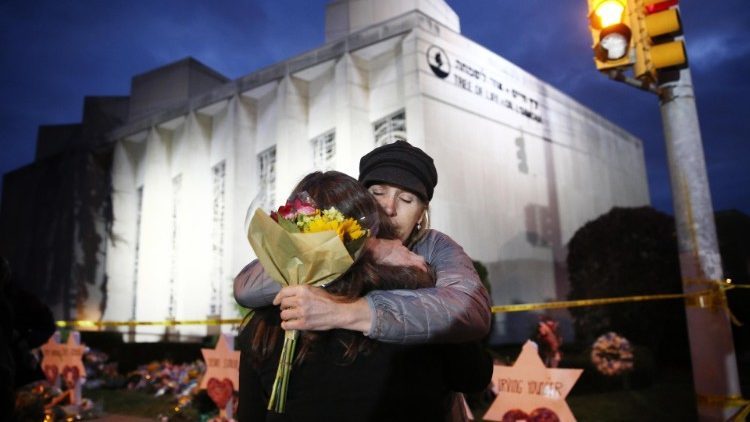 Share
“Open Wide Our Hearts: The Enduring Call to Love” is the title of the Pastoral Letter released by the US Conference of Catholic Bishops (USCCB). It received almost unanimous approval by the Bishops gathered in the Fall General Assembly on 14 October.

Racism consists in judging other persons to be inferior due to race or ethnicity. Racist actions arising from such feelings of superiority “violate justice”, the Bishops state in the beginning of the Pastoral Letter. In Christian terms, it is a failure to love our neighbor. It is also a denial of the fundamental truth that all persons are “all equally made in the image of God”. The Bishops draw attention to forms of racism that still plague society in the US, racism directed primarily at Native Americans, African Americans, and Hispanics/Latinos.

“Racism still profoundly affects our culture, and it has no place in the Christian heart…. What is needed…is a genuine conversion of heart, a conversion that will compel change…. Moving our nation to a full realization of the promise of liberty equality, and justice for allis even more challenging.

The Bishops provide a sketch of the history of racism experienced by all three ethnic groups listed above. They describe how the “lust to dominate” others led to a systematic theft of the land and the forced resettlement of the Native American population. Not only were African peoples brutally enslaved, but they were consistently barred from social advancement through unjust laws, and the label used by many in society, that they were “inferior” and did not fully bear God’s image. Hispanics, or Latinos, have constantly borne the brunt of “discrimination in housing, employment, healthcare, and education”.

Doing justice, loving goodness, and walking humbly with God, three actions encouraged in the Biblical book of Micah (6:8), can remedy this history, the Bishops propose. “Justice” requires an honest assessment of the reality and the “restoring of right relationships”. Love for our neighbor is the key to “loving goodness”. It requires that we “make room for others in our hearts” and that we remember that when one member of the Body of Christ suffers, all suffer. Lastly, rebuilding the relationships broken through racism is how we can “walk humbly with God”. Even the Catholic Church must admit its own complicity in “the evil of racism”, in the past and in the present, the Letter says, citing specific cases.

“We can learn from the example of other countries, such as South Africa, Germany, and Rwanda, and from certain institutions that have recognized past wrongs and have come to understand the truth of their history.”

The ecumenical spirit adopted by Rev Martin Luther King, Jr. “is integral to the fight today”, the Bishops write, because ending racism requires conversion. In addition, they acknowledge that:

“The injustice and harm racism causes are an attack on human life…. As bishops, we unequivocally state that racism is a life issue.”

Our hope as Christians to one day be united in heaven with people from “every nation, race, people, and tongue” is one which the Bishops offer as an inspiration for others to join with them in their commitment to end racism in the United States.

“We pray that the reader will join us in striving for the end of racism in all its forms, that we may walk together humbly with God and with all of our brothers and sisters in a renewed unity.””

Vatican urges Christians and Sikhs to “promote a ‘culture of tenderness’