US asks for Khashoggi evidence 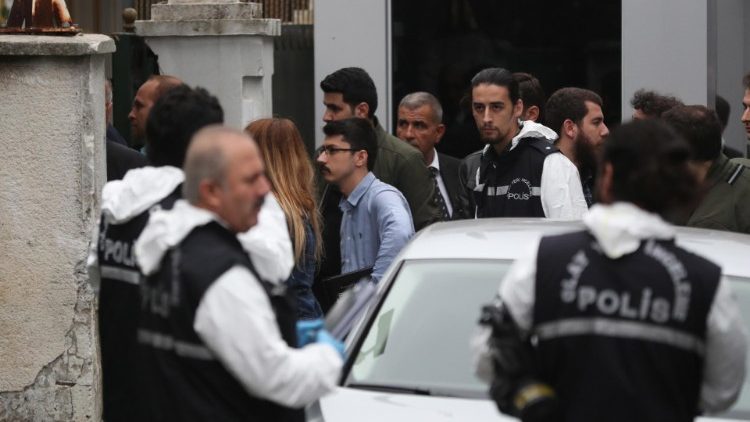 US President Trump says wants audio and video intelligence from Turkey, “if it exists.”

His demand came as he expressed support for US-ally Saudi Arabia and said he expects its investigation into Khashoggi’s disappearance would be completed by the end of the week.

On Wednesday, the US Secretary of State Mike Pompeo was is in Turkey for talks with President Erdogan, following a meeting with Saudi King Salman.

Even though Khashoggi had been critical of the Salman government, Saudi Arabia has denied killing him and initially said he left the building unharmed.

Turkish investigators carried out searches Thursday at the Saudi consulate and the nearby consul’s residence. Turkish officials have claimed that Saudi agents killed and dismembered Khashoggi, while Saudi officials say he walked out of the consulate on his own.

In a separate development, the Washington Post has published Jamal Khashoggi’s last column, in which he called press freedom in the Arab world.

Synod of Bishops drafting a message for world’s young people