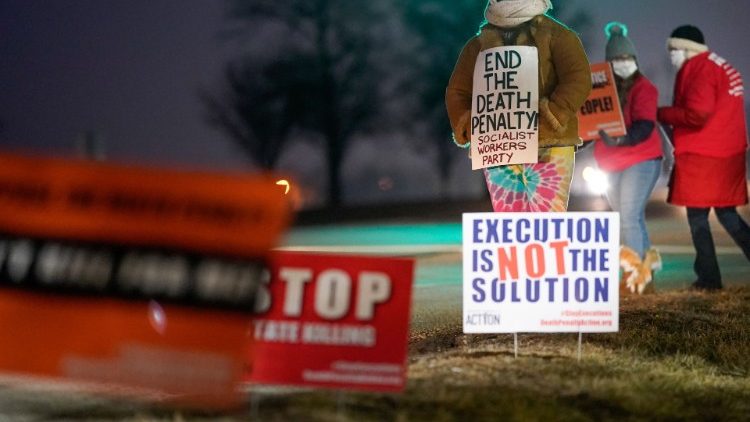 Archbishop Paul Coakley of Oklahoma City and USCCB committee Chairman for Domestic Justice and Human Development reiterates calls to put an end to the use death penalty as several US federal death-row inmates face imminent execution.

In the wake of three federal executions scheduled in January in the United States, Archbishop Paul Coakley, Chairman of the US Bishops Domestic Justice and Human Development Committee expresses deep shock and concern over the sudden escalation of the application of the death penalty.

Archbishop Coakley spoke in an interview to Linda Bordoni of Vatican News, expressing the Church’s opposition to the use of the death penalty as the outgoing administration of President Donald Trump speeds up the pace of federal executions in its last days.

Three executions in the last days of the outgoing administration

On Wednesday, the U.S. government executed Lisa Montgomery, the only woman on federal death row. Montgomery was convicted in 2007 in Missouri for the kidnap and murder of Bobbie Jo Stinnett who was at the time eight months pregnant. Montgomery’s execution was the first of 2021 and the eleventh since last year.

The government also executed Corey Johnson on Thursday for a series of seven murders in 1992. Johnson committed the murders to further a drug enterprise. Although Johnson’s lawyers argued for a delay of the execution on grounds that Johnson tested positive for the coronavirus last month, the courts were unreceptive to their claims.

The Trump administration intends to execute its final inmate, Dustin J. Higgs on Friday. Higgs was sentenced to death for the 1996 murders of three women in Maryland. If the execution goes on as planned, Higgs’s death will be the third this week.

Concern for inmates on the death row

Further expressing concern for the recent federal executions, Archbishop Coakley noted that the execution of Lisa Montgomery on Wednesday was the first execution of a woman since 1953 in the United States.

“The tragic element of this is that she had such a deeply disturbing history of mental illness and a lifetime of abuse,” he said

However, insisting that the devastating effect of the crimes committed by persons condemned to death cannot be downplayed in any way, Archbishop Coakley called for the respect of the dignity of every person.

“One does not forfeit their God-given dignity no matter how heinous a crime one might have been involved with,” he affirmed.

Archbishop Coakley, as well as several Bishops in the United States, have been very vocal in condemning the death penalty. Last month, Archbishop Coakley issued a statement calling on the administration to stop federal executions in recognition of “God’s unmerited gift of self-giving love.”

Reflecting on the scheduled executions, the Archbishop expressed his desire that the administration might “stay the executions that are currently scheduled in the hours ahead.”

Looking ahead to the incoming administration of President-elect Joe Biden slated to be inaugurated on 20 January 2021, Archbishop Coakley hopes that there will be opportunities for dialogue as regards the death penalty.

He also remarked the active involvement of Catholics in the United States in raising awareness, speaking against the death penalty and in the formation of consciences.

Recalling Pope Francis’s advocacy for the sanctity of life and opposition to use the death penalty, Archbishop Coakley welcomed the Holy Father’s outspokenness in this regard.

“That is very helpful for us as bishops in the United States and as Catholics to be able to align our message with that of the Holy Father,” Archbishop Coakley said.