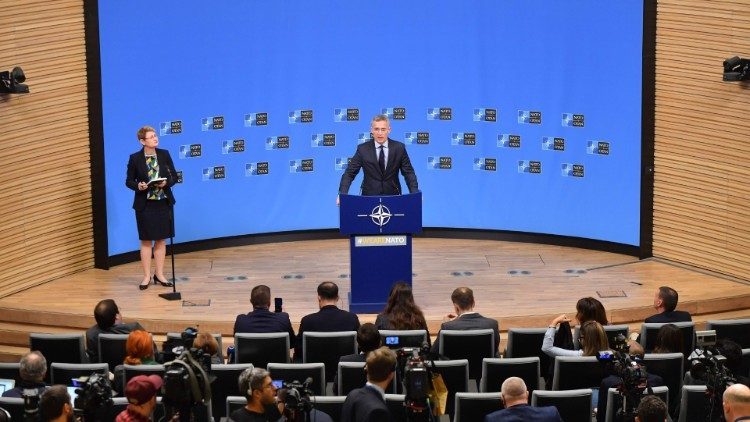 That Cold War-era pact bans an entire class of weapons — all land-based cruise missiles with a range between 500-5,500 kilometers or 310 to 3,410 miles. NATO believes that Russia’s so-called 9M729 system fits into that category.

U.S envoy Hutchison said in Brussels that it was in her words “time now for Russia to come to the table and stop the violations.”

She warned Russia that if the system “became capable of delivering,” the U.S. “would then be looking at the capability to take out a missile that,” she said, could hit

any of the US allies “in Europe and hit America.”

The envoy spoke shortly before U.S. Defense Secretary Jim Mattis was due to meet his NATO counterparts at a time of mounting tensions with Russia.

Mattis said Tuesday that he intends to bring the issue up during his the NATO meeting. The defense secretary also made clear that he wanted to reassure European allies who expressed concern about President Donald Trump’s rhetoric of America First. “The U.S. has acted, showing that our commitment to the transatlantic alliance remains iron-clad,” he said.

“Our NATO alliance has also acted. Every NATO ally is awake today to the reality of Russia’s, malicious behavior. Every ally has now increased defense spending recognizing peace, and the rule of law is best maintained by strength and unity,” Mattis added.

Washington has reportedly shared intelligence evidence with its 28 NATO allies that Russia is developing the ground-fired cruise missile and that the system could give Moscow the ability to launch a nuclear strike in Europe with little or no notice.

The U.S. wants NATO member states to put diplomatic pressure on Moscow, and NATO Secretary-General Jens Stoltenberg said that all allies are concerned by Russia’s continued work on the system.

Russia denies wrongdoing. It claims that U.S. missile defenses violate the international pact. In the past, the Obama administration worked to convince Moscow to respect the INF treaty but apparently made no progress.