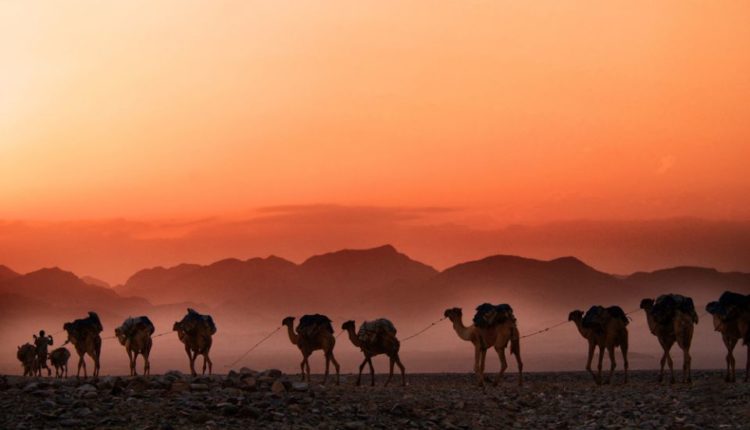 There was a time when Catholic popular piety promised that, in addition to regular Mass attendance and annual confession, wearing a scapular, making the nine First Fridays or collecting an adequate number of plenary indulgences were good investments in eternal life insurance. Lighting candles and praying for the souls in purgatory worked like today’s supplementary policies.

Those practices might have been like what the fellow in today’s Gospel was looking for when he asked, “What must I do to inherit eternal life?”

Jesus responded with the core demands of their tradition in relation to others: Do no harm and respect your elders. We might interpret this as saying, “If you want an inheritance, live as a faithful member of the family.”

When the fellow said he had all that covered, Jesus admired his zeal and invited him to up the ante to the absolute limit. Offering him the invitation of his life, Jesus said, in essence: “Drop every other ambition, free yourself from all ties, distribute what you have to the neediest and join us on the road.” The poor guy was stunned. The word Mark uses for his reaction describes a sudden storm.

Mark tells us that the seeker went his way in mourning. This may be the only Gospel encounter that left both Jesus and the person who came to him unhappy.

Jesus turned to his disciples and, rather than criticize the departing seeker, he drew on his ample store of Hebrew hyperbole and explained that it’s easier for a camel to get through the eye of a needle than for a wealthy person to enter the kingdom of God. The image was enough to break the tension. Jesus then reminded them that things they were absolutely incapable of accomplishing are astoundingly possible with God.

Hearing that, Peter chimed in on the group’s behalf and said that they had given up everything to follow him. Instead of mentioning their persistent jockeying for power and willingness to disregard “unimportant” people, Jesus reassured them that those who risked everything for him and the Gospel would receive far more than they could have imagined — in fact, God would stretch their hearts and minds so they could become family with people far beyond the boundaries of their current concepts of kin and community. Jesus seemed to be telling them, “You are good camels on your way to the needle. Now let God reshape you for what is to come.”

Jesus didn’t invite everyone to join his itinerant ministry. Most of his followers, like Martha, Mary and Lazarus, lived the values of God’s kingdom without leaving home, and were every bit if not more faithful than the women and men disciples who traveled with Jesus. But there was a small group whom Jesus invited to join him in a radically free lifestyle defined only by consecration to God and willingness to go anywhere and do everything possible to announce the coming kingdom of God in deed and word.

Biblical scholar and Immaculate Heart of Mary Sr. Sandra Schneiders cites them as the forerunners of today’s women and men religious, the members of that unique Christian institution of apostolic religious communities. In Prophets in Their Own Country, she describes the disciples and religious as part of a movement that calls people together to live “the two great commandments … love of God with one’s whole being and love of all human beings as oneself” in a lifestyle that includes renunciation of family and home, personal economic dispossession and interdependence, and prophetic obedience in mission.

But not everyone invited accepts it. As he does with every disciple, Jesus offered the seeker in today’s Gospel more than he expected. Looking on him with love, Jesus appreciated his potential and called it forth.

Pope Francis speaks of this in the apostolic exhortation Gaudete et Exsultate. He encourages Christians to allow the grace of baptism to bear fruit in the holiness each is uniquely called to develop. He says, “The important thing is that each believer discern … that they bring out the very best of themselves, the most personal gifts that God has placed in their hearts.”

Today’s Gospel reminds us that every Christian is called to participate in Jesus’ mission. That call is personal and unique, tailored to the gifts and needs of each person. Each is free to accept or reject it. It calls forth much more than praying an extra psalm or wearing a scapular.

At the same time, we are never called to the impossible, but rather to be open to what is possible with the help of God. With Peter and the gang, we are all invited to accept being camels on the way to becoming more than we can imagine.