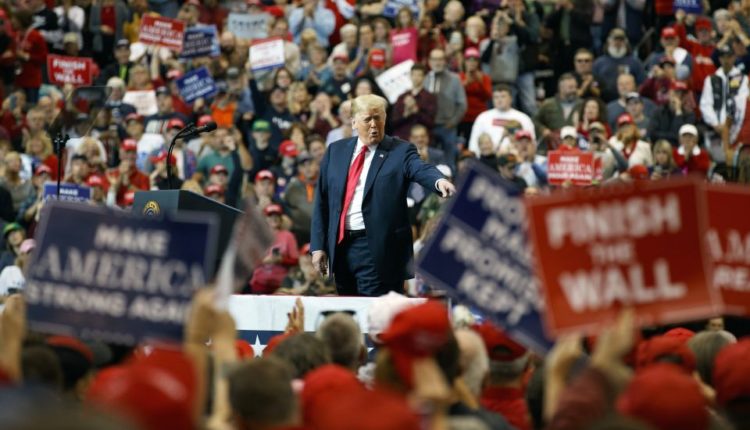 Speakers from around the world — and especially the U.S. — often refer to the situation in that country, expressing disappointment at the anger dividing Americans.

It’s hard to walk 10 feet without talking to someone from the U.S. about the election.

A number of workshops are also addressing U.S. issues, such as the Nov. 2 session titled “Faith, Secularism and Democracy.”

The session was billed as a look at the threats to religious freedom and secular democracy in the U.S. by an “aggressive, oppressive majority.” Presenter Jaideep Singh wasted no time in naming the source of that threat: Christian supremacy.

The co-founder of the Sikh American Legal Defense and Education Fund, Singh said the rise of Christian supremacy is a worrisome development in the U.S. Equally worrisome, he argued, is how the president has encouraged and enabled it.

Trump, he said, has “triggered fears of discrimination among Christians.”

As a member of a religious minority group, Singh disagrees.

What is happening, he said, is that Christians feel threatened because religious minorities are asking for the same rights they enjoy — to practice their faith.

Christians should also be able to practice their faith, Singh said. But they shouldn’t “impose their extremist strictures on all Americans.”

Among Singh’s concerns were efforts to insist on having only Christian prayers in legislatures and schools, the elevation of Christian holidays over other religious events, the use of only Christian scriptures in public life, and attempts to make it hard for religious minorities to build sacred buildings.

Things like that make religious minorities feel like they don’t belong or “are not on the same level with other Americans,” said Singh.

The result, he said, is “slowing the national shift toward national pluralism … held up by those seeking to preserve their supremacy.”

In addition to the president, Singh blamed “numerous Christian supremacist politicians” and “unprincipled white Christian religious leaders and media figures” who are polarizing Americans by playing to their fears of immigrants and minorities.

“There is a fear and loathing of Islam found in Christian pulpits in the nation, and on Christian radio and TV,” he said. That fear, he added,  “threatens the religious freedom of non-Christian communities of color.”

Singh also placed blame on the U.S. mainstream media for its “fixation upon Muslim terrorism” instead of on “white hate.”

In a response, Bruce Knotts, director of the Unitarian Universalist United Nations office, suggested one reason for the rise in hate “emanating from many Christians” comes from their “belief in a God who rewards some and punishes others in the afterlife.”

“If they stop worshipping a punishing God, they might be more loving and reconciling,” he said, adding “no one should be killed for who they are or what they believe.”

Daisy Khan, who directs the Women’s Islamic Initiative in Spirituality and Equality, blamed a vacuum in leadership for the challenges in the U.S. today.

The country needs “forward-thinking, peace-loving individuals to step up and stop extremism from spreading,” she said.

Michael Reid Trice, assistant dean of ecumenical and interreligious dialogue at the School of Theology and Ministry at Seattle University, argued that although diversity in the U.S. is a fact, “pluralism is not.”

Pluralism, he said, “is aspirational,” a “garden to be cultivated.”

“We want to blame a leader” like the president, he said, “but the truth is we did this to ourselves over decades. Our current fever is not explained by the rise of right-wing leaders. Rather, the condition of the soil was right as we disagreed too ardently, and painted opponents as adversaries.”

We have “missed the mark of a healthy pluralism” in the U.S., he said.