The Holy See and China: reasons for Agreement on appointment of bishops 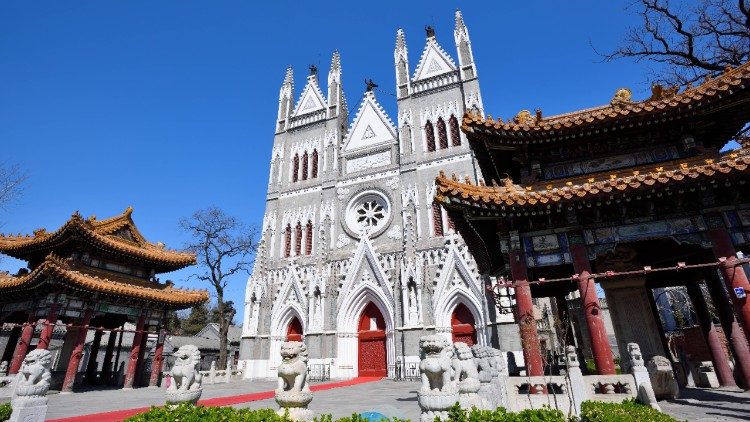 By October a decision is expected regarding the Vatican proposal to extend the Provisional Agreement ad experimentum: “It is worth continuing”, Cardinal Parolin explains.

The Provisional Agreement signed on 22 September 2018 between the Holy See and the People’s Republic of China regarding the appointment of bishops, which went into effect a month later, will expire this coming 22 October. Signed in Beijing, the term of the ad experimentum Provisional Agreement was set for two years after which it would eventually be definitively confirmed or some other decision reached. Recently, the Cardinal Secretary of State Pietro Parolin explained that the intention is to propose an extension to the Chinese authorities, maintaining the Agreement as provisional, “as done in these first two years, so as to further verify its usefulness for the Church in China”. Notwithstanding the lengthy period of time and difficulties, aggravated in the last ten months due to the pandemic, Parolin said, “it seems to me that a direction has been marked out that is worth continuing; then we will see”.

From the first communiqué, jointly published by the Holy See and the Chinese government on 22 September 2018, the subject matter of the Agreement itself had been clearly specified immediately: that it does not cover direct diplomatic relations between the Holy See and China, the juridical status of the Catholic Chinese Church, or the relations between the clergy and the country’s authorities. The Provisional Agreement exclusively treats the process for the appointment of bishops: an essential question for the life of the Church and for the necessary communion between the pastors of the Chinese Catholic Church with the Bishop of Rome and with the bishops throughout the world. The goal of the Provisional Agreement, therefore, has never been merely diplomatic, much less, political, but was always genuinely pastoral. Its objective is to permit the Catholic faithful to have bishops in full communion with the Successor of Peter who are at the same time recognized by the authorities of the People’s Republic of China.

Right after the signing of the Provisional Agreement, in his September 2018 Message to the Catholics of China and the Universal Church, Pope Francis recalled that in the last decades, wounds and divisions in the heart of the Catholic Church in China were “centered especially on the figure of the bishop as the guardian of the authenticity of the faith and as guarantor of ecclesial communion”. The interventions of political structures on the internal life of the Catholic community had provoked the phenomenon of the so-called “underground” community, which sought to remove itself from the control of the religious politics of the government.

Well aware of the wounds inflicted on the communion of the Church caused by weakness and error, but also by undue external pressure on people, Pope Francis, after years of lengthy negotiations undertaken by his predecessors, has reestablished full communion with Chinese bishops ordained without papal mandate. This decision was taken after having reflected, prayed and examined each individual personal situation. The sole scope of the Provisional Agreement, the Pontiff clarified, is “to support and advance the preaching of the Gospel, and to reestablish and preserve the full and visible unity of the Catholic community in China”.

The first two years led to new episcopal appointments with Rome’s agreement, some of which were officially recognized by the government in Beijing. Even though contact was blocked in recent months due to the pandemic, the results have been positive, although limited, and suggest going forward with the application of the Agreement for another determined period of time.

Mary’s Meals founder on the joy of giving