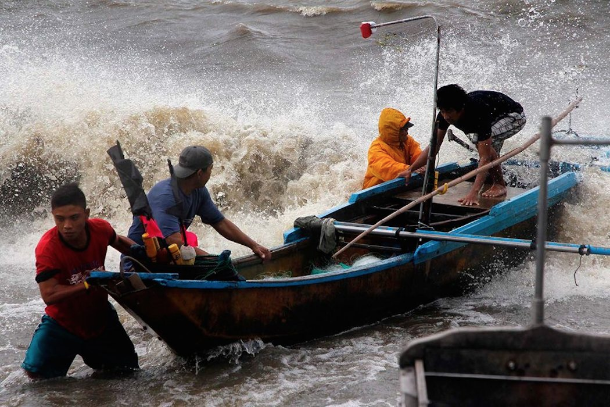 We don’t need to be scientists to notice that around the world all creatures are enduring more severe weather conditions, as the planet gets warmer. We have to keep the global temperature rise below two degrees centigrade or we are all going to fry. One result is that the forests are burning. California has the worst forest fires in its history. In Portugal, Greece, and Sweden, and parts of Siberia, fires are raging due to tinder dry forests. Eventually even the Amazon could dry out and become grassland. Thick palls of smoke fill the air choking people as the flames engulf thousands of houses in fireballs leaving them reduced to ashes. People are caught and are burnt to death in their cars or houses

Yet there is much worse to come. The warming may be irreversible. Have we humans, the species with the so-called intelligence, damaged our own planet? Have we in our stupidity, greed and sinfulness set in motion a series of events that cannot be halted and could we have endangered the lives of millions of people?No other species has done so much to almost irreversibly damage our own habitat.The drought in Australia is due to the excessive drying of the planet. The impact has a global dimension on a fragile ecosystem. With huge tracts of forest and bush burnt to ashes, uncontrolled deforestation is ripping up the rain forest in the Amazon and elsewhere adding to global warming. As a result, there is less forest to absorb CO2 emissions from coal and oil-powered power stations, our cars and trucks and billions of tons of smoke from fires that contribute to the greenhouse gases that surround the earth.Not only is everything connected on Earth, but each ecological event can lead to another unforeseen consequence. There is a domino effect where one natural event is apparently responsible for another and that in turn causes another disaster.We are heating up the planet due to our human obsession for burning fossil fuels and many say “to hell with the consequences.” But hell is now upon us.The methane and carbon dioxide gases, which we produce, are so excessive we have wrapped the globe in a blanket of thick haze and CO2 gas that can’t escape into space. It creates the greenhouse effect.The sun penetrates the blanket of gas and is melting the polar ice caps. Sweden’s highest mountain has lost some 12 meters of snow this year. When we melt the white snow, as has happened in Greenland and the arctic, the natural mirror to reflect the rays of the sun is gone and the heat is absorbed by the oceans and land.The year 2017 was the hottest year ever for the entire planet since records began.The sun’s rays are penetrating the permafrost of Siberia and the arctic, which is many meters deep, and for the first time in thousands of years they are melting and releasing potentially billions of cubic feet of methane gas, which is far more dangerous to the atmosphere than CO2.  This in turn allows the global blanket to thicken some more. The melting of the ice cap has another knock-on effect, rising sea levels. There are reefs and islands in the South Pacific that are already inundated and people have had to evacuate.There is another knock-on effect of rising sea levels. Warming waters of the southern oceans are melting the Antarctica ice shelf that is breaking off, adding billions of liters of water to the ocean raising levels even higher.Warmer water expands, raising oceans even further. Low-lying cities like Manila will experience greater, deeper, and longer-lasting floods. Even permanent encroachment of Manila Bay is a real possibility in ten to twenty years.The economic costs of climate change and global warming are potentially disastrous. The coral reefs are already bleaching and disappearing. They are the source of millions of fish that breed there and populate the oceans, our main food source. Species of fish will die. Thousands have died in the Rhine River in Switzerland this summer. They can’t live in warm water. Fossil fuel burning causes acidification of the oceans reducing fish populations. Warmer summers cause drought and crop failures and food prices will rise and millions of people living along coasts will have to move.These hardships cause millions of people to migrate, some are called climate refugees. They will swarm to where the food is in wealthier countries. This is already having political impact as right-wing governments are rising up in America and Europe and banning or limiting refugees and migrants.  In other areas like the Philippines and Southeast Asia, excessive rainstorms are the new norm and scientists are worried that the remaining forest soil is so drenched it cannot absorb the methane gas in the atmosphere as it usually does. The same goes for the area burnt out by forest fires. This has the added effect of causing huge floods, destroying rice fields and farmland. The long periods of cloudy rain-filled skies in turn curbs the productivity of solar panels, which is the best alternative to coal-fired power plants.The only thing we can do is get political and everyone elect eco-friendly leaders and pressure governments to implement mitigation of CO2 and methane. Developing alternatives to fossil fuels is essential — wave power, wind power, solar power and electric cars. We have to accept the consequences of the changing climate and adapt

History is on the side of the Chinese people