History is on the side of the Chinese people 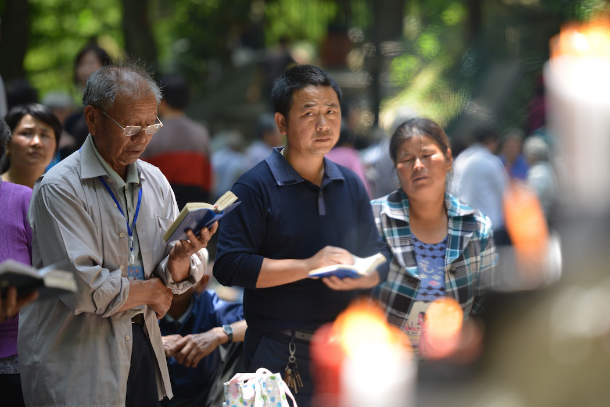 When will they ever learn? The best tonic to stir up religious fervor and greater commitment in a totalitarian society is to persecute believers.And its happening again and ferociously in the Peoples Republic of China — most extensively among Muslims in Xinjiang where, reportedly, hundreds of thousands, perhaps a million Uighurs are now in re-education camps to improve their manners.It’s likewise happening with a ferocity across China to Christians of all persuasions, Buddhists and even the home-grown religion of Daoism, only perhaps not with the same intensity suffered by the Turkic Muslim minority Uighurs in Xinjiang. But there is the same purpose and intent.Such persecution of believers has not been seen since the ‘great helmsman of the people (aka Mao Zedong) triggered the Great Proletarian Cultural Revolution (1966–76). As an event, it was neither proletarian nor revolutionary. It was a ruthless power struggle in the intestines of the Communist Party that unhappily rippled out into the general population. And it was more about power consolidation than revolutionary change.The current pogrom targeting believers is part of something much wider — a crackdown on any form of dissent or any group that could become a home for dissenters. And what it screams is how insecure in their own position the Chinese leadership is. If any leading group has to violently insist on how much they’re in control, you can bet they think they might not be.

No one knows exactly what sorts of things are happening among Muslims. The comrades are keeping them tightly controlled and say its only for their benefit.However, for Christians in general and Catholics in particular, the evidence — in terms of pictures and detailed reports — is now a matter of public knowledge.And guess what? The predictable response is already evident among Christians where clandestine communities are mushrooming. As reported by www.ucanews.com if Catholics in China can’t go to Church, they bring Church back home and Protestants are doing the same.And what’s happening? The security police are cracking down on “unauthorized places of worship” among communities that aren’t “registered.” The crackdown is on again and as happened in Casablanca when the Nazi Major Strasser is shot by Rick (Humphrey Bogart) in full view of Captain Renault, it’s time “to round up the usual suspects”!And there’s great historical precedent for this sort of thing in China but also in Korea, Vietnam and Japan. And what happened every time over sometimes decades and sometimes centuries? The same thing: believers may have been massacred, priests murdered and their replacements blocked but communities survived and appeared in tact as soon as the brutality lifted.When foreigners were allowed back into Korea in the mid 19th Century, the visitors found small but vibrant communities of Catholics that hadn’t seen a priest in 70 or 80 years. When the Jesuits came to China in the 1840s, they found vibrant communities in different parts of China that hadn’t seen a priest since the 1770s.In Vietnam, a Catholic Church founded on Japanese Catholics who fled persecution in their homeland only to suffer more of it in Vietnam in the 17th Century, was still there in traces when missionaries arrived with the French colonials in the 1840s.Even in Japan, after the Meiji Restoration in 1868 when foreigners were once more permitted to enter the Land of the Rising Sun, they found lay communities that had survived up to two hundred years without a priest — the hidden Christians who trace their Catholicism to the 16th Century.These were all surviving lay churches.China saw an explosion of Christianity in the 1980s and ’90s. No one has exact or reliable figures because all records eventually end up with the security police and no one wants to be on their lists. But its in the tens of millions and parts of the country targeted in the current pogrom have nicknames like “little Jerusalem” because there are so many Christians in them.And why are there so many Chinese becoming Christians? Part of it is just because of the comrades. Mao’s decimation of Confucian culture and the evacuation of its traditions of respect and the value of relationships have led to a morally void society where people will tell you they don’t trust each other at all.Creating strong Christian communities has not only injected some principles into the way Chinese deal with each other, they have also created the social bonds that make people accountable to each other. So, business relationships between people in Catholic and Protestant communities — rarely visible or declared — are the bed rock of some regions’ prosperity.Worship is the icing on the cake. But these lay communities are canny in how they organize their lives. In 2016, I went to a very lively community that met in a ballroom of a well-appointed hotel in Shanghai, away from the prying eyes of the police. And as the community grows, lizard like it sloughs off a skin and hives off a substantial part of the community as a separate group and starts rebuilding the core community.How on earth can the security police and spy networks promoted by the Party keep up with such regular permutations and combinations? They can’t!Vicious as the current desperate efforts of the Communist Party and its threatened leadership may be, history is on the side of the people. They demonstrate again and again the old Chinese proverb about how the Chinese people cope with the torments and tornadoes of the changing political weather pattern.As the saying goes: “The Chinese people are like bamboo. When the wind blows, they bend over and touch the ground. When the wind drops, the come back to their full height.”