Synod of Bishops: The challenge of translating the Synod 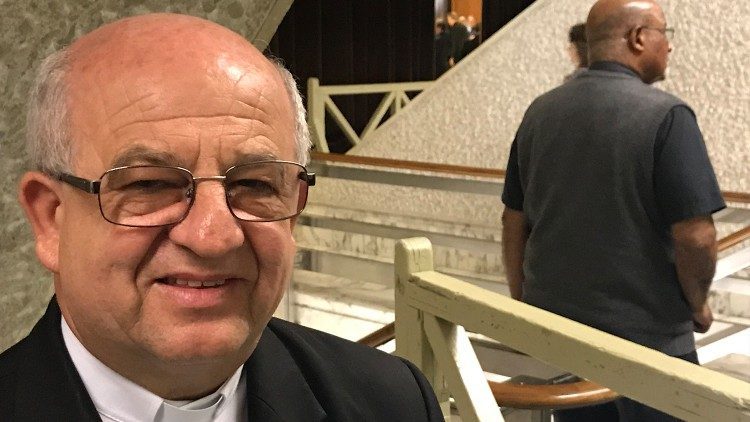 Bishop Stanislaw Jan Dziuba, a Polish missionary and member of the Order of St Paul the First Hermit, is bishop of the rural diocese of Umzimkulu in the lush green hills of KwaZulu/Natal in South Africa. He is also the Southern African Catholic Bishops’ Conference liaison bishop for youth.

He spoke to me about his impression of the Synod of Bishops on Youth, the Faith and Vocational Discernment. He believes that the Synod has, so far, been a beautiful experience and a true expression of the catholicity of the Church.

He says that the participants are bringing the experiences of young people to the Synod – their struggles and joys – so that they can find new ways of evangelisation and also attracting young people to Jesus and to the Church.

Bishop Dziuba sees translation as the biggest challenge after the Synod – not only into Zulu (the language of his diocese) and other local languages – but the translation of the text in such a way that it will be relevant to young people in their local circumstances.

The second challenge, he says, will be how to find young people and adults who are motivated so that they can be mobilised to respond to young people and find ways of accompanying them.  The Bishop says that the formation of local communities and youth formators themselves will be important but not easy. He also added that it will be a challenge to find resources, both financial and personnel, to implement the document.

He says that he was also very struck by the fact that even in places where Christians are being persecuted, young people are present, struggling, but strong in faith.

Commenting on the digital world he says that it becomes a problem when young people are not relating to each other but only checking their messages and wanting to “look beautiful in their messages”.  He says that often this does not reflect their own lives but creates an image of their lives which is not a representation of who they are and how they really live. He says that this does not help them to relate to other young people, to community and to their families. He says that many young people spend lots of time and money on ensuring they are digitally connected.

However, the bishops says that this is also an opportunity for Africa and Southern Africa to translate the message of Christ into short messages, media messages, not only using words but images that go deeper into the hearts and minds of young people so that they will remember. The digital world is an opportunity to make the church present – not only to young people but all people, he says.

Finally, Bishop Dziuba says that he hopes that the final document from the Synod will also be translated into a media document that contains the essential messages thus making it attractive. He says that by doing this the Church will not only aim the document at people’s minds but at their other senses so that the message can sink into their hearts