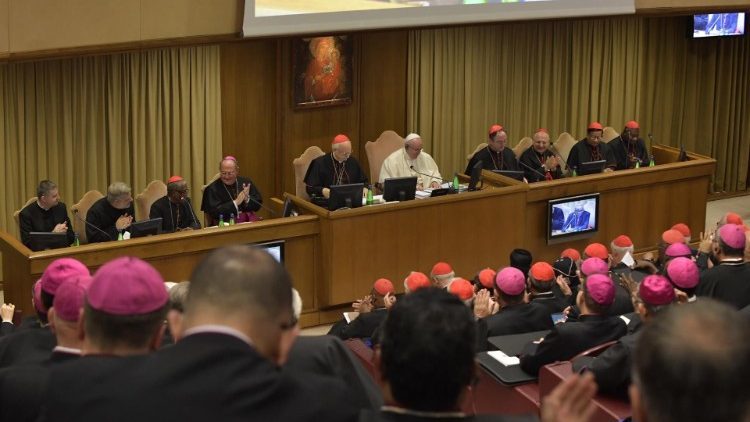 Young people should be protagonists of the Gospel proclamation, not just the objects of it. That was the hope voiced on Wednesday afternoon in the Synod Hall. Speakers called for a renewed missionary impulse in the Church, society, and politics, so that younger generations might be leaven and light in the world, artisans of peace and of a civilization of love.

The Church: Home and mother of the young

The Church is called to be a mother and a home, a place of empathy and listening, a voice for those who have no voice – especially for those who come from difficult situations, rejected stones that, thanks to the proclamation of the Good News, can become “cornerstones” in the building of a better world. The Synod paid particular attention to ex-child soldiers, to those from broken families or those affected by addictions, unemployment, corruption, trafficking; but also to the many immigrants, such as those who, after graduating, leave their country of origin in search of a better life and end up losing their roots, moving away from the faith and not making use of their talents.

Preserving the enthusiasm of youth

Consumerism in the West – the synod fathers noted – risks extinguishing the enthusiasm of young people. They are often disoriented, without dreams and without faith also because of new ideologies such as gender or liberalism. We need to speak courageously about the beauty of the Christian vision of sexuality, without taboos: to be attentive to the many people today who feel unable to live chastely during their engagement. Some of the Fathers frankly admitted that most parish communities do not meet the expectations of young people, who often leave the Church after Confirmation.  For this reason, there is an urgent need for a renewal of pastoral ministry: capable of listening to and embracing the loving gaze of Christ, but also of speaking the language of youth, starting with the digital language.

Restoring confidence in the Church

Young people, the Bishops observed, help adults to “situate themselves” in the present and at the same time expect from the Church a prophetic sign of communion in a torn world. They are the missionary heart of the Church. Hence the proposal to create a Pontifical Council dedicated to them.

Participants also highlighted the request for spiritual renewal that emerged from the Synod’s preparatory questionnaires. It is necessary to help future adults to regain confidence in priests, especially at a time when credibility is put to the test by the scandal of abuse. The hope was expressed that the synod might provide concrete pastoral responses in this regard.

Finally, it is important to revitalize catechesis and liturgy which, it was stressed, together with popular devotion, has safeguarded the faith of many Christians in contexts of persecution. In order not to succumb to the temptation of activism, it is necessary to underline and point out to young people the importance of prayer; but it is also indispensable for the Church to pray for young people and their vocations. Often, in fact, the dimension of silence and contemplation is longed for and, when it is not found in the Church, it is sought elsewhere. According to some of the Synod Fathers, there is a need for spiritual accompaniment that presents the eternal values that lead to true happiness in an evangelical proposal that respects the maturity of each person. In this regard, the prelates pointed out, the many saints with whom history is enriched remain very relevant models.