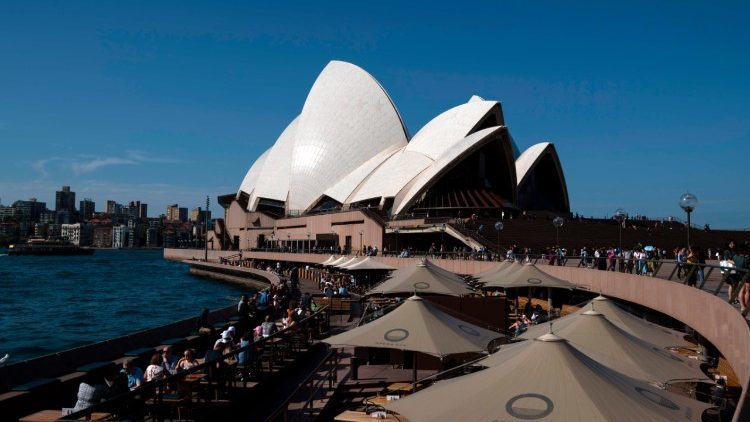 The Catholic archdiocese in Sydney, Australia, has announced a series of new initiatives to address the widespread problems of modern slavery and human trafficking.

Teachers at Catholic secondary schools this week took part in an education programme, aimed at highlighting the importance of personal commitment to the anti-trafficking campaign.

The schools’ programme is part of a broader effort being spearheaded by Archbishop Anthony Fisher, who set up a task force to examine the supply chains of Church organisations and to develop an ethical purchasing guide for all parishes.

The chair of the Anti-slavery taskforce is Australia’s former ambassador to the Holy See, John McCarthy, who was in Rome earlier this month to attend a conference at the Pontifical Academy of Sciences.  He told us about this initiative, which he hopes can become a model for Churches in countries around the world…

McCarthy notes that Archbishop Fischer appointed the task force last year and made a statement to New South Wales parliament, outlining publically his proposals to make all archdiocesan goods and services ethically sourced.

He says that while the Holy See, in 2016, announced it would move to slave proof its supply chains, Sydney is believed to be the first archdiocese to implement this as a public policy. He adds that it’s part of the vision of Pope Francis to bring about the eradication of modern slavery and trafficking by 2030”.

At the Vatican conference, McCarthy presented a paper entitled “A 5th anniversary gift to Pope Francis”, which details the framework for achieving this goal, targeting supply chains, education, and welfare.

He notes the vital role of Pope Francis in bringing this issue to the top of the international agenda, describing it as “a crime against humanity”.  At the same time, he notes a growing awareness of the gap between resources to tackle the problem and the extent of the human trafficking. While it may be partly a problem of statistics, he says, it’s also possible that sexual slavery and exploitation may now be at record levels.

Be aware of purchasing power

McCarthy says ordinary Catholics must be aware of their exposure to this problem through the goods they buy, such as food, clothes and other utensils. By becoming more aware of their purchasing power, he says, they can create more resources for prosecution of trafficking and protection of victims. Change will come about, he concludes, when people realise that they can be part of the solution.