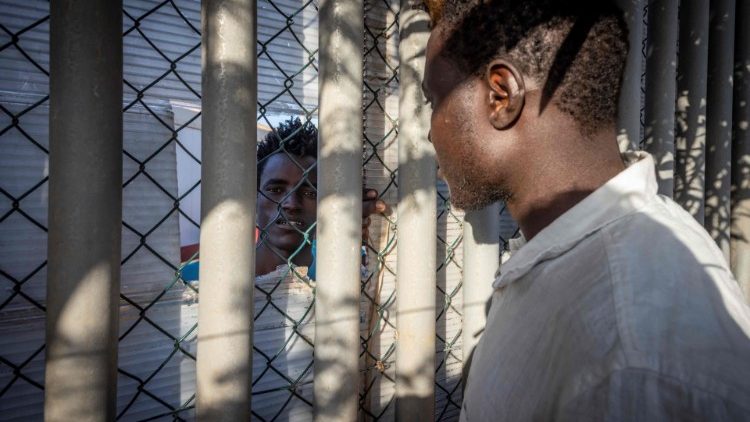 The Spanish Bishops’ Conference calls for an investigation into clashes that left over 23 people dead at Spain’s North African enclave of Melilla, and asks for new migration policies that respect the dignity of all persons.

At least 23 people died on Friday as they attempted to cross from Morocco into Spain’s enclave of Melilla, and scores more were injured.

Observers accused Morocco’s security forces of using “unjustified” violence against the migrants who were trying to force their way through a border fence into what is effectively Europe.

Melilla and Ceuta, Spain’s other North African enclave, have the European Union’s only land borders on the African continent. The tragedy comes in the wake of a number of incidents that have seen migrants attempting to gain entry to the Spanish enclaves by climbing the barriers, swimming along the coast, or hiding in vehicles.

A statement released by the Spanish Bishops’ Conference expressed deep regret for the loss of human lives, hope for the speedy recovery of all those wounded, and closeness and solidarity to their families and companions.

The Bishops did not neglect to note that some members of the Moroccan and Spanish security forces were also injured during the clashes, and they called on authorities to clarify the facts and to take the appropriate measures so they do not happen again.

“We sympathize with the concern of the inhabitants of the border cities, and we thank the Diocesan Church of Malaga for its work of accompaniment to migrants and refugees,” the Bishops said.

At the heart of the statement were the humane and humanitarian perspectives and the reminder that most of the migrants involved were Sudanese fleeing war and famine.

“Given the different interpretations of these violent events, we invite you to contextualize them with a humanitarian perspective,” the Bishops said.

While understanding the need for the regulation of migratory flows, they continued, “we must consider the critical situation of misery in which thousands of sub-Saharan migrants find themselves, crowded on the other side of the border of Spain.”

“They are not ‘invaders’; they are human beings seeking to reach Europe, fleeing from wars and famine, aggravated by the consequences of the conflict in Ukraine, drought and upheavals caused by climate change.”

Moroccan police on the border fence separating Morocco from Melilla

The Spanish Bishops thus proposed that EU legislators take the humanitarian drama into account and implement new migration policies based on the indications offered by the Social Doctrine of the Church.

“As the Church has stated in European and international forums, we need to humanize and implement new migration policies that take into account the seriousness of the migratory pressure.”

Calling for cooperation and joint action, the Bishops went on to note that Spain, for example, “lacks the space or resources to issue visas in many African countries where thousands of migrants come from who could apply for international protection.”

The Church, the Bishops continued, advocates on all nations “to help save lives, welcome and protect migrants.”

They expressed the need for “orderly migration through legal and safe channels, as well as development cooperation with countries suffering from war, conflict and famine.”

“The externalization and militarization of borders will not end the problems and causes that provoke the mobility of millions of migrants, refugees and displaced persons in the world.”

The Catholic Bishops of Spain concluded with an appeal for a humanitarian perspective that analyzes and confronts this new crisis, taking into account the need for protection of every human being and the commitment to urgently establish legal and safe ways of access.