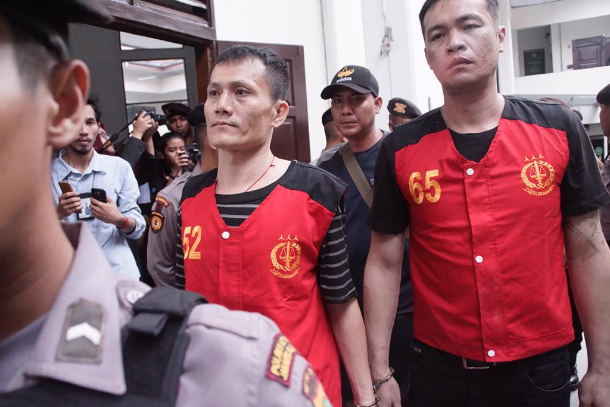 Singapore has executed a Malaysian man convicted of drug trafficking despite worldwide appeals for his death sentence to be commuted.Prabu Pathmanathan, 31, was hanged at dawn on Oct. 26 at Singapore’s Changi Prison.It is believed to be the second of three hangings ordered by the city state to be carried out this this week and the seventh of the year. All the executions were for drug offenses.Appeals for clemency. including from his family, various rights groups and others, were rejected by Singapore President Halimah Yacob on the night before Pathmanathan’s hanging took place.Lawyer N. Surendran, representing Pathmanathan’s family, said the death penalty was imposed with “unholy haste” given that even the Malaysian government had joined the calls for clemency.A letter had been delivered to the family advising that the request for the hanging not to proceed had been rejected, said Surendran, who is also an adviser to a Malaysian rights group called Lawyers for Liberty.He said under Singapore’s constitution provision should have been made for a fresh clemency petition to be filed or for further court applications to be made.The family was given less than a week to prepare for Pathmanathan’s death.”It is a flagrant breach of due process for the Singapore president to reject the family’s clemency petition without even considering it,” he said.The family were devastated by the execution of their son and brother but expressed thanks to the Malaysian government and domestic as well as international anti-death penalty advocates who joined the campaign to save Pathmanathan.His remains were to be cremated according to Hindu rites.Pathmanathan’s case was contentious.  An allegedly voluntary confession to carrying drugs during a 2014 border-crossing was obtained under duress, his legal representatives argued.Court documents revealed that drugs were found in a vehicle driven by another person.Singapore has some of the toughest anti-drugs laws in the world and its customs forms bluntly warn arriving travellers that the penalty for drug trafficking is death.Human rights group Amnesty International called on Singapore to follow the recent announcement by neighboring Malaysia that it would abolish capital punishment by the end of this year, including for drug cases.