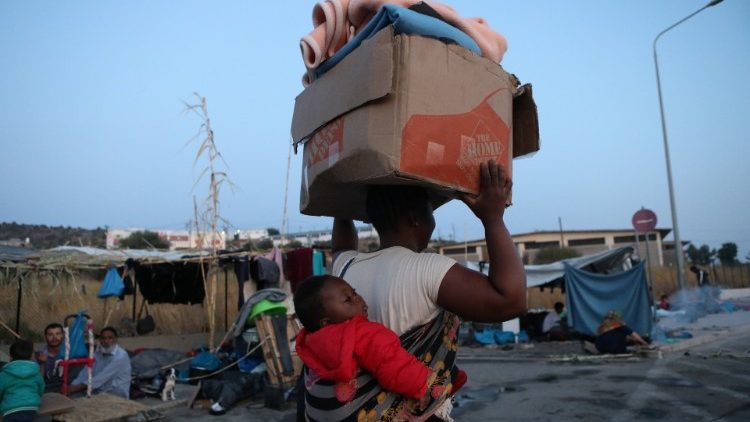 Police in Greece are moving thousands of refugees to a camp on the island of Lesbos after a fire destroyed the country’s largest migrant facility last Tuesday.

Greek police on Lesbos have started to relocate thousands of migrants and refugees from the Moria camp, which was destroyed by fire last week, to a new tented facility nearby.

Until now, around 12,000 people – including children – had been sheltering there.

Since the blaze, the majority had been forced to sleep out in the open while they waited for aid. It is reported that people from over 60 countries were housed at Moria.

Authorities in Athens say four Afghan asylum seekers have been charged with starting the fire that destroyed the camp.

The UN has been offering support to the authorities and bringing in core relief items for 6,000 people on Lesbos.

Earlier this week UNHCR said that the situation showed the need to alleviate overcrowding, improve security, infrastructure and services in all five reception centres on the Greek islands.

The Moria camp has long been home to far greater number of migrants and refugees than was ever intended.

The UN refugee agency’s chief in Greece Philippe Leclerc has urged Greece to speed up asylum processes on Lesbos: “The idea is not that people remain forever on the island of Lesbos, but that processes are accelerated so that people can leave gradually and in an orderly way”.