Record number of migrants cross English Channel in one day 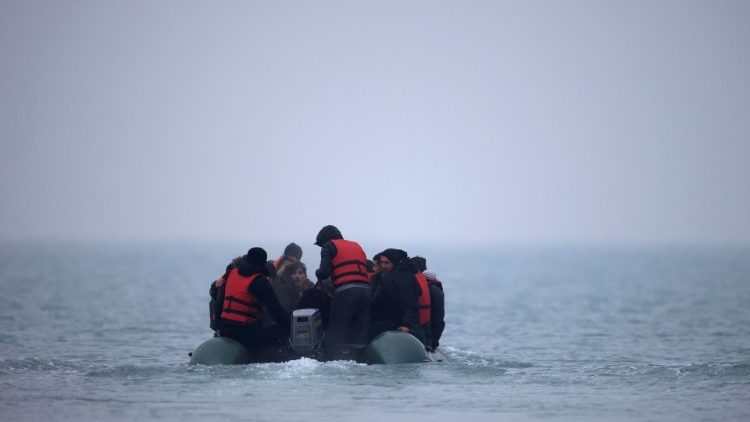 The number of people crossing the English Channel in small boats for the UK hit a daily record for the year on Monday, as authorities make efforts to deal with the influx of migrants

Almost 700 migrants and asylum seekers crossed the English Channel in a single day this week in a new record for the highest so far this year.

The Ministry of Defence said that 696 migrants made the crossing on 14 boats on Monday, topping the previous record of 651 in April. French authorities also stopped two boats at sea which were bearing 35 people on each of them.

This record crossing saw large groups of people, including children, brought ashore at Ramsgate, on the Kent coast in Southeast England, before being taken away in buses to processing centres.

Annually, tens of thousands of migrants brave the Channel in a bid to reach the UK. So far in 2022, more than 17,000 have arrived into the country, according to government figures.

In July alone, the number of migrants that crossed was the highest this year so far, with 3,683 making the journey according to authorities.

The latest arrivals have stirred up further conversation in the wake of the London government’s controversial policy of sending migrants and asylum seekers to Rwanda, which was unveiled in April.

However, the first flight due to take off in mid-June was canceled amid legal challenges and the policy remains stalled.

Many of the migrants come from poorer countries and often ask to claim asylum when they are picked up by UK authorities.

Experts say that the number of crossings tends to fluctuate through the year, depending on enforcement actions along the coastline and weather conditions.

A UK government official described the rise in dangerous Channel crossings as “unacceptable” and suggested that “people should always claim asylum in the first safe country they reach, rather than risk their lives and line the pockets of ruthless criminal gangs in order to cross the Channel.”

Bishops remind Kenyans of their civic responsibilities for peaceful and just elections.