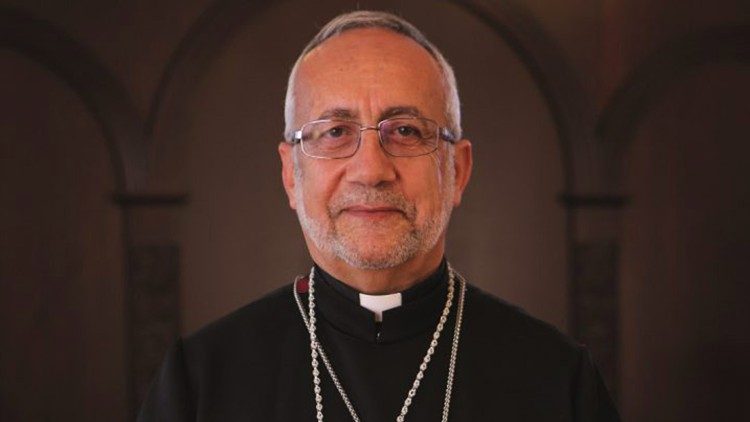 In the Armenian-Catholic Cathedral of St. Elijah and St. Gregory the Illuminator in the Lebanese capital, the Patriarch of Cilicia of Armenian Catholics, Raphaël Bedros XXI Minassian, invites everyone to overcome differences by looking to Christ the Redeemer and the mystery of the Eucharist.

Opening the Week of Prayer for Christian Unity in Beirut, Lebanon, Cilician Patriarch of Armenian Catholics Raphael Bedros XXI Minassian offered his reflections recalling the elements that unite Christians, starting first with what believers recite in the Sacrament of Reconciliation. “When we have recourse to confession, we say, ‘Forgive me, Father, for I have sinned in thought, word, deed and omission,'” the patriarch recalled at the Armenian Catholic Cathedral of St. Elijah and St. Gregory the Illuminator, pointing out that often, precisely on the subject of unity, intentions and words do not match actions. While we desire unity, we do not fully understand its true meaning: “We are scattered over the earth, and we have fallen into the turmoil of individual and collective selfishness and we have forgotten our Redeemer.” He adds, “We have analyzed and explained the mystery of the Redemption according to our personal will and concept, but we have forgotten its purpose, which is salvation.”

The light of Bethlehem

Many people have worked hard and insistently for unity, Patriarch Raphael Bedros XXI observes, but sometimes with the goal of bringing others closer to their own principles. “Just as the Roman soldiers did under the Cross over Jesus’ garment, so too do we fight over Christ’s garment,” he says, adding that Christ “was not born and crucified for a certain group, for an elite, but for all nations, for the salvation of all humanity.” Patriarch Raphael Bedros XXI says we must focus on the light of Bethlehem, the origins of the news of salvation to the shepherds, to the Magi. That message has come “down to us, baptized and confirmed in belonging to Christ the Saviour, the Christ who is born every day and in every church in the mystery of the Eucharist,” which is “the same in all rites and in all Churches”.

The power of prayer

Moving forward together towards unity

He then emphasizes that given the traditions and heritages of the various Churches, “all together we are part of a beautiful harmonious symphony that must glorify the Creator,” adding that it is our duty “to begin a new life strengthened by love and solidarity, keeping away from the issues that separate us from each other, and from our Savior, who gave His life for us, but remained and remains in the mystery of the Eucharist.” And if there are Catholics who refuse communion with the Orthodox and Orthodox who refuse communion with Catholics, the Catholic Christ is no different from the Orthodox Christ, just as the sacrament of Baptism is no different, since all the sacraments in the Church were established directly by Christ.

He concluded then, that the disputes are therefore human, caused by selfishness and sectarianism and far from any spiritual and Christian principle. And he expressed his hopes for moving forward towards unity among Christians without conditions or restrictions.

Pope: Search for Christian unity must be a journey together