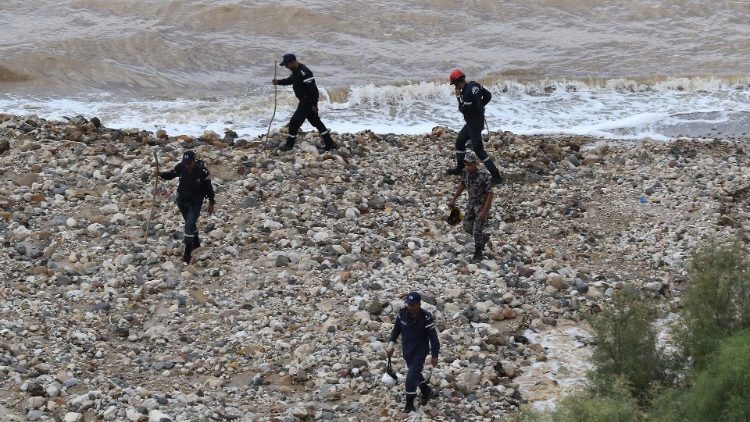 Pope Francis has expressed his sorrow for the victims of Thursday’s flash floods in Jordan that has killed at least 20 and injured about 3 dozen, mostly school children in a bus that was swept away.

The death toll from the tragedy near the Dead Sea shore rose to 21 on Friday, in what Civil Defense officials said was one of the deadliest incidents in the kingdom involving school children.

“Deeply saddened to learn of the tragic loss of life and the injury caused by the serious floods following heavy rains in Jordan, His Holiness Pope Francis expresses heartfelt solidarity with all those affected by this natural disaster,”  wrote Vatican Secretary of State Cardinal Pietro Parolinin a condolence telegram sent on the Pope’s behalf to the Apostolic Nuncio in Jordan, Archbishop Alberto Ortega Martín.

“In a particular way,” the cardinal wrote, the Pope “prays for the young people whose lives were lost, the healing of those injured and the consolation of all who grieve.”  While encouraging civil authorities and those involved in search and rescue efforts, the Holy Father invoked upon all the “divine gifts of strength and peace.”

The incident began early Thursday afternoon when 37 students from an Amman private school, along with seven adult guides, as well as other visitors were taking a break in a popular tourist spot several kilometres from the Dead Sea shores.

Sudden heavy rains sent flash floods surging toward them from higher ground, sweeping people, vehicles and livestock to the shores of the Dead Sea, the lowest point on earth.

Synod youth thank Pope Francis with a show in the Vatican