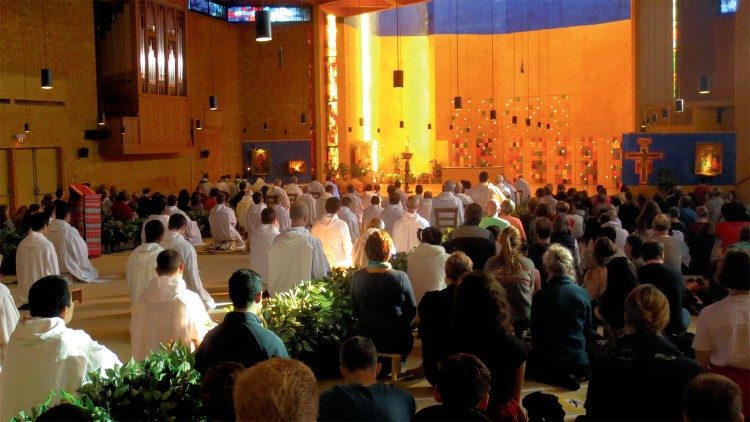 Pope Francis sends a message to the young people taking part in the annual Taizé encounter, and invites them to be beacons of hope in the darkness of the pandemic.

The Taizé community is gearing up to host its 43rd annual European meeting in a format which has become increasingly common this year: online.

Originally planned to take place in the Italian city of Turin, the virtual encounter runs from 27 December until 1 January.

Pope Francis joined in the annual celebration with a message signed by Cardinal Secretary of State Pietro Parolin.

In his message, the Pope commended the young members of Taizé for showing “creativity and imagination” and for finding “a completely new way” to get together.

Rather than an exclusively European event, this year’s meeting is open to participants from around the globe.

“May these days, during which you pray together and support one another in faith and trust,” said Pope Francis, “help you to hope ‘in season and out of season’.”

Even the online nature of their encounter is a reason to find hope, added the Holy Father.

Citing his recent encyclical Fratelli tutti, the Pope reminded the young people of Taizé that “no one can face life in isolation.”

Everyone needs community, he said, urging them to avoid spreading despair and mistrust, which neutralizes the hope given by the Spirit of the Risen Christ.

“Let yourselves be filled with hope,” said Pope Francis. “It will give you the courage to follow Christ and to work together with and for the most needy, especially those who find it difficult to face the hardships of the present moment.”

Finally, the Pope encouraged participants in the Taizé virtual meeting to “develop a culture of encounter and fraternity, and to walk together towards that horizon of hope unveiled by the Resurrection of Christ.”

And he extended his Apostolic Blessing upon all members of the Taizé community and all those taking part in this year’s international meeting.