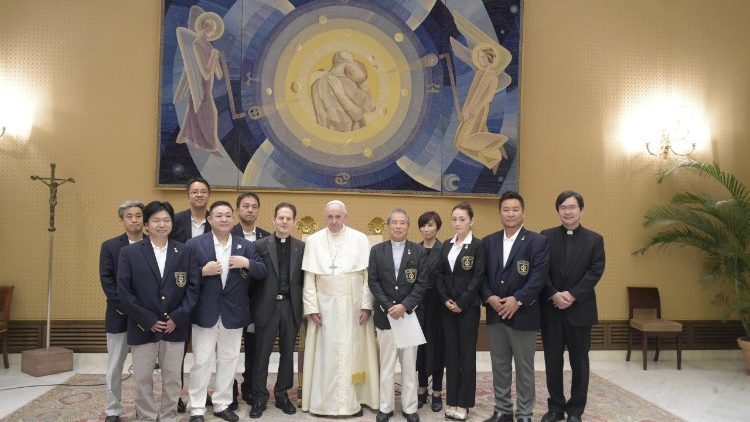 This Japanese Association is known for promoting projects of culture and solidarity and on Wednesday Pope Francis met the group in the Paul the VI complex, reminding them of another long journey to meet a Pope.

The Pontiff recalled the visit more than 400 years ago, in 1585, when four young Japanese arrived in Rome, accompanied by some Jesuit missionaries, to visit the Pope, who was then Gregory XIII.

The Pope pointed out that it was the first time that a group of representatives from Japan had come to Europe and he described it as an historic meeting between two great cultures and spiritual traditions and deserved to be remembered.

In particular, Pope Francis recalled the men’s leader at the time Mancio Ito, who became a priest, and Julian Nakaura who, he said, like many others, was executed on the famous hill of the martyrs of Nagasaki and was proclaimed blessed.

The Pope during the meeting noted the efforts of the Association “to set up a fund for the training of young people and orphans, thanks to the contribution of companies that are sensitive to their problems.”

The Holy Father added that, their wish to show that religion, culture and the economy can work together peacefully to create a more humane world marked by an integral ecology was fully in accordance with what he himself was wishing for.

During his greetings to those gathered, Pope Francis expressed his desire to visit Japan next year and also hoped that after Wednesday’s meeting the group would be encouraged to return to their country as ambassadors of friendship and promoters of great human and Christian values.